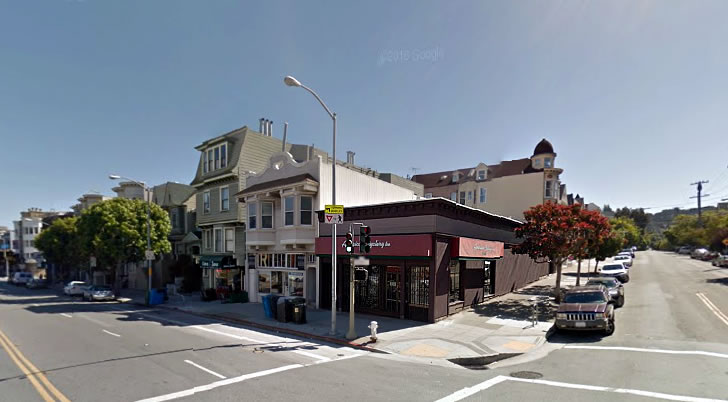 With American Cyclery having shuttered their “too” annex at 858 Stanyan Street at the end of 2016 in anticipation of a significant rent hike, the 2,650-square-foot, single-story building on the northeast corner of Stanyan and Frederick is now on the market for $2.5 million.

Priced and positioned as a “development opportunity,” the corner parcel is zoned for development up to 50 feet in height.

And as a “Neighborhood Commercial Cluster” site, the 858 Stanyan Street parcel is not only zoned for a ground floor retail space, but housing is actively encouraged to be built above the ground story as well.

Having sold at asking, Elevation Architects has since drafted plans for a four-story addition to the existing structure, a project which would yield three (3) contemporary condos, two (2) three-bedrooms and one (1) four, over a renovated, but smaller, commercial space and a larger garage for three (3) cars. 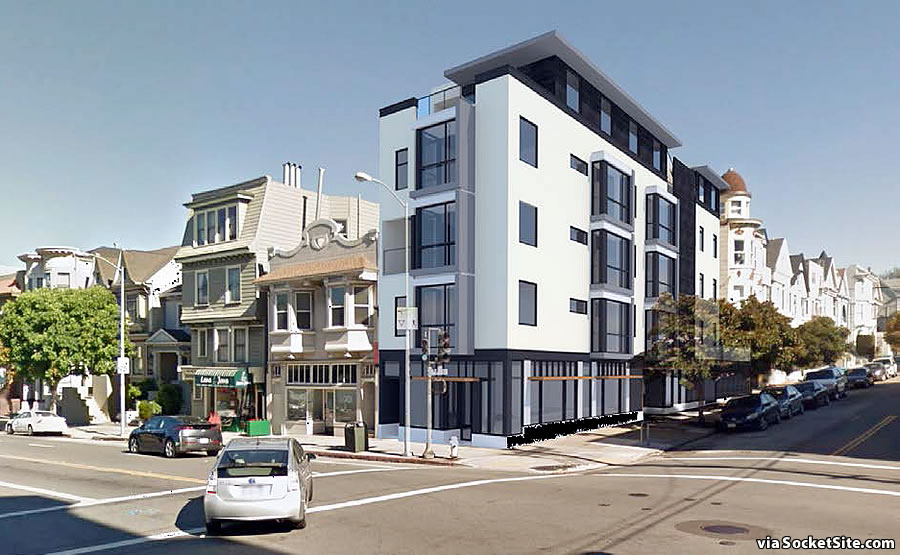 And the public hearing at which the proposed 858 Stanyan / 490 Frederick Street addition could be approved has now been slated for September 27.