In the works since 2013, as we first reported at the time, the big plans to redevelop the Tenderloin parcel upon which the 27,000-square-foot Fifth Church of Christ, Scientist sits at 450 O’Farrell Street could be approved this week. 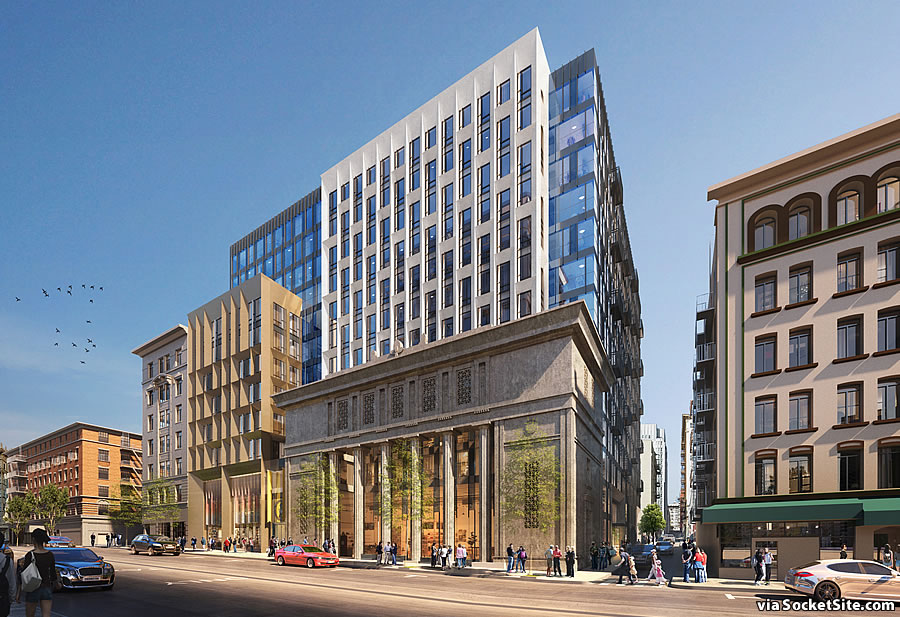 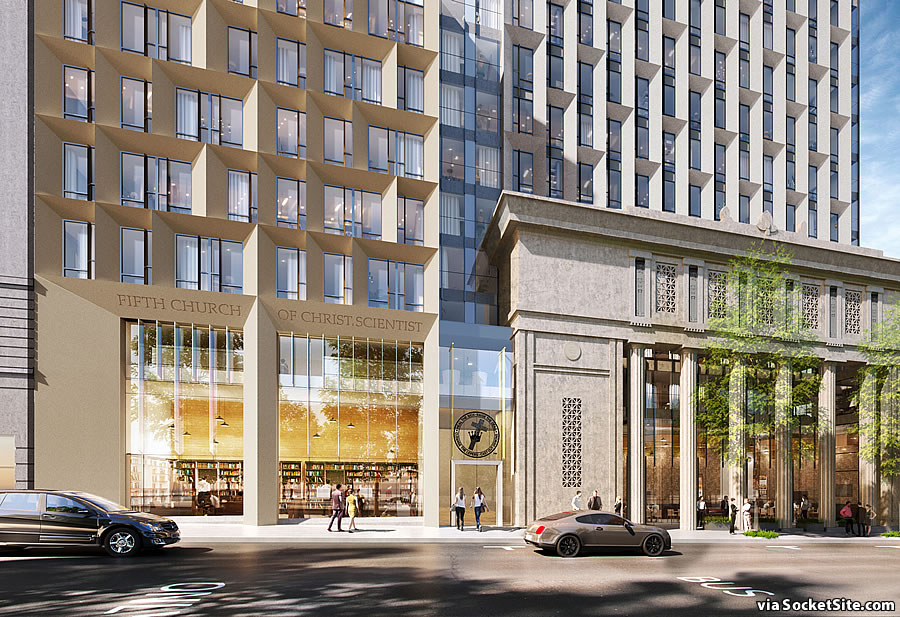 While the original plans had called for completely razing the existing church and adjacent storefronts stretching to 474 O’Farrell Street, and building up to 12 stories in height upon the site, the refined plans as rendered by DLR Group/Kwan Henmi call for preserving the columned façade of the existing church, behind and adjacent to which a contemporary 218,000 square foot development would rise up to 13 stories in height, with a new 9,600 square foot Church; 3,900 square feet of restaurant/retail space; and 176 apartments, a mix of 45 studios, 69 one-bedrooms and 62 twos, over a basement garage for 46 cars with its entrance on Shannon and a rooftop deck for residents. 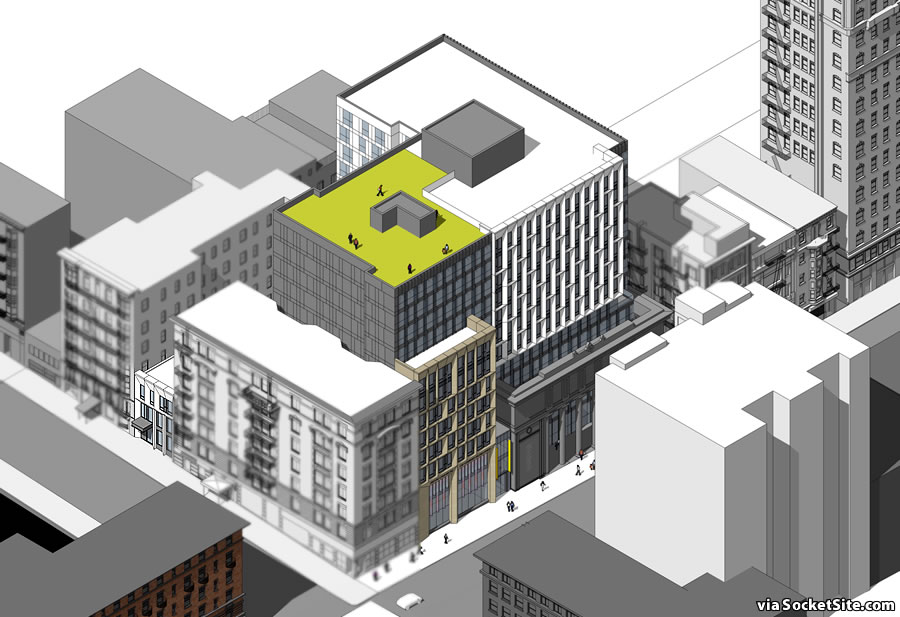 And while the project as proposed still includes the redevelopment of the parcel at 532 Jones Street as well, upon which the iconic Tenderloin restaurant Shalimar currently sits and connects to the bulk of the site behind, the height of the replacement spur has now been reduced to four (4) stories from eight (8). 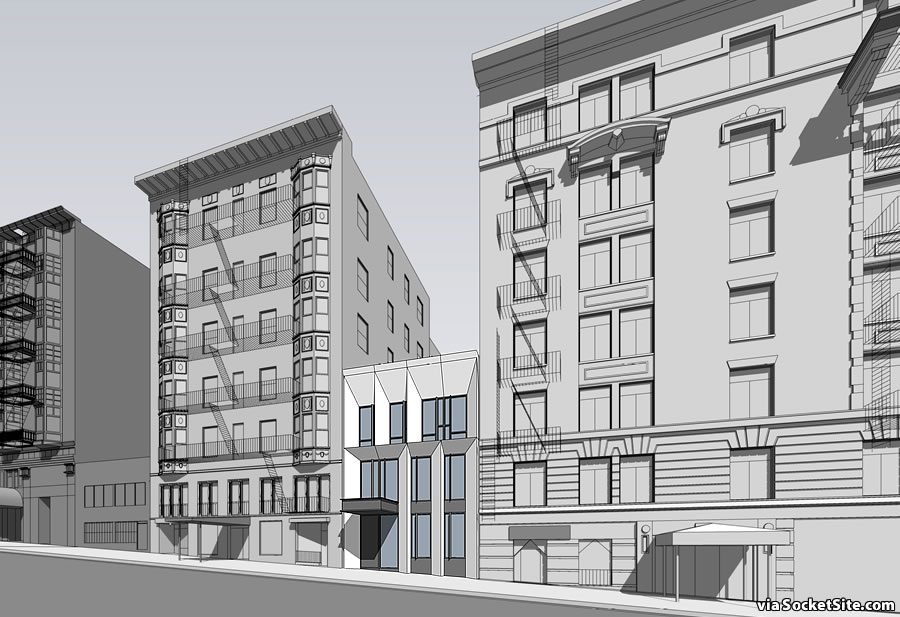 And if approved, the project team is planning to break ground next year.

Pace of New Home Sales in the U.S. Rebounds, but Not out West