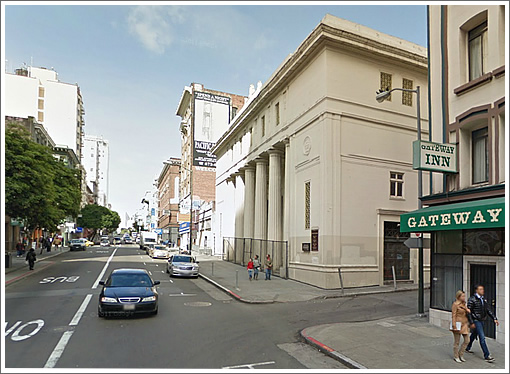 Having been banned from the church for being disruptive, a protester has been stationed outside the Fifth Church of Christ, Scientist’s building at 450 O’Farrell Street on a near daily basis for over a year, accusing the Church of having turned a blind eye to the boarded-up property it owns next door, “leaving hard drugs, blight, and homelessness to dominate its state” and surroundings. 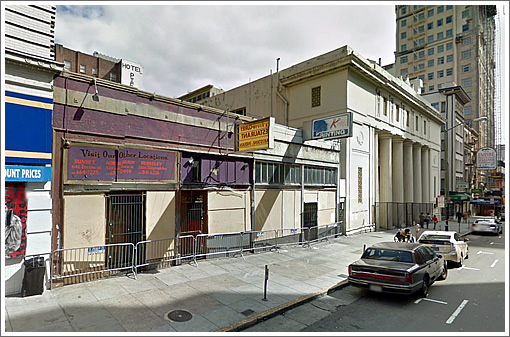 Perhaps due in part to the protesting, but more likely driven by the Mid-Market boom which is spilling over into the Tenderloin, the Fifth Church of Christ, Scientist has quietly drawn up plans to raze its columned church and adjacent boarded-up storefronts and construct a twelve-story building in their place, rising 130 feet with 97 individual dwelling units and 74 group housing units over a new 10,000-square-foot church, 6,000 square feet of retail, and 100 parking spaces.