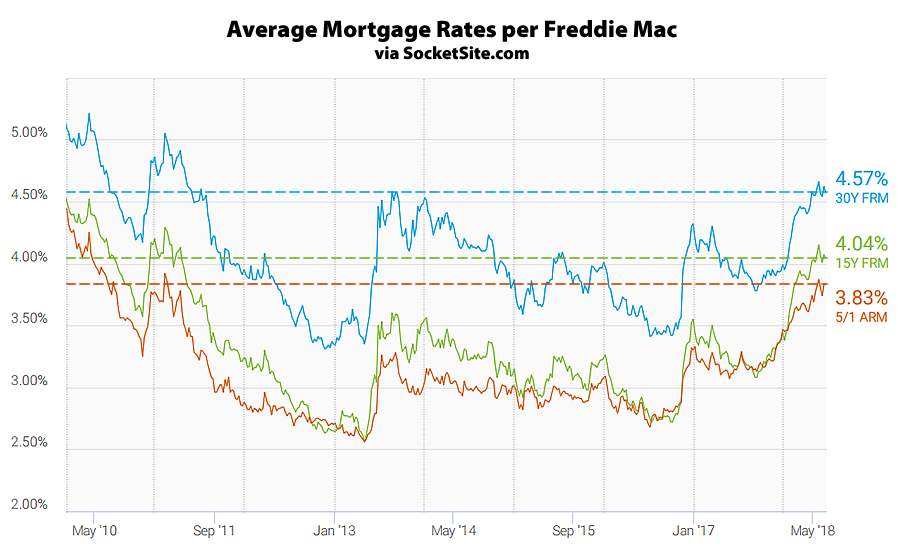 With last week’s expected rate hike already priced in, and the 10-year Treasury having dipped following said hike, the average rate for a benchmark 30-year mortgage slipped 5 basis points over the past week to 4.57 percent but remains 67 basis points higher on a year-over-year basis and within 9 basis points of the seven-year high of 4.66 percent it hit last month, according to Freddie Mac’s latest Mortgage Market Survey data.

And with the Fed having signaled expectations for two more rate hikes by the end of this year, based on trading in the futures market, the probability of the next hike occurring in September is currently running around 78 percent with a 50/50 chance of a second hike in December.