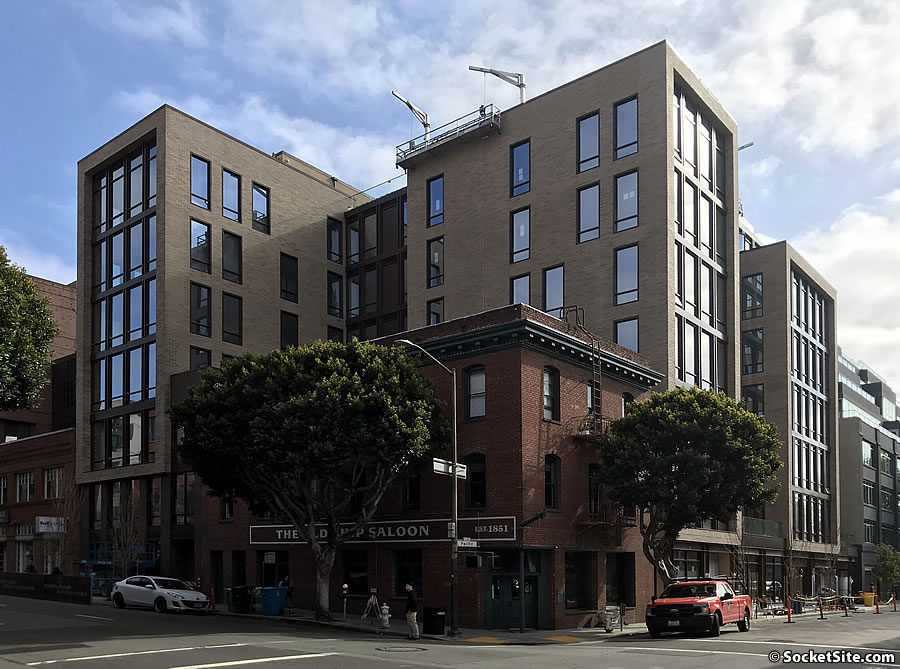 Having ticked up 4.5 percent in April, the Mark Company’s pricing index for new condos in San Francisco inched up another 0.4 percent in May and is now running 1.7 percent higher versus the same time last year but remains 11.9 percent below its peak in the third quarter of 2015.

At the same time, the number of purchase contracts signed for new construction condos in the city dropped to 58 in May, down 5 percent from the month before and 21 percent lower versus the same time last year.

And with new contract signings having been offset by the delivery of pipeline units, the inventory of new construction condos currently available to purchase in the city is now totals around 550, which is 38 percent lower versus the same time last year but doesn’t include the 118 units atop the Avery on Transbay Block 8, the sales office for which is preparing to open.