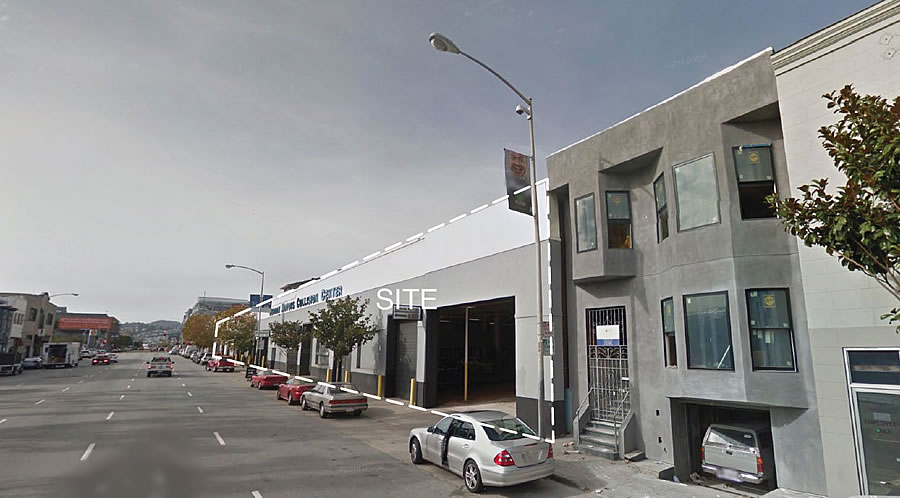 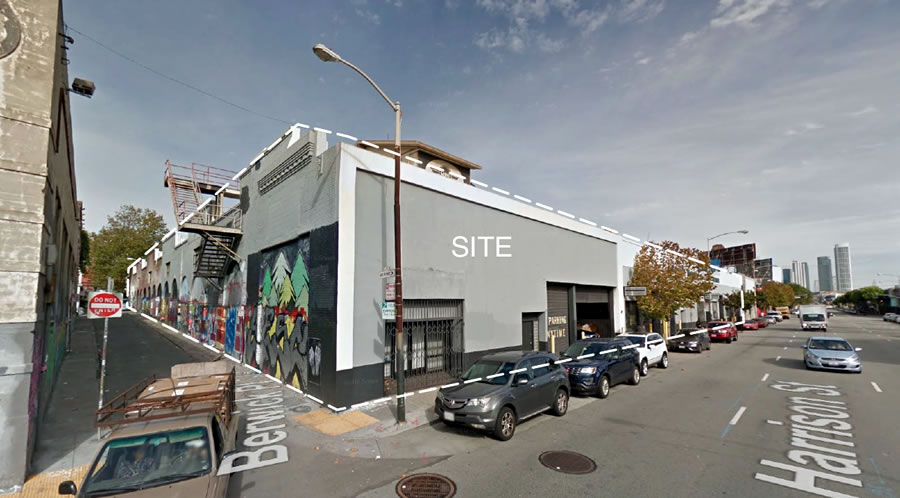 The newly refined plans for a 371-unit development to rise up to seven stories in height on Harrison Street, upon the Western SoMa parcel currently occupied by the German Motors Collision Center building, between Langton and Berwick Place, are slated to be presented to San Francisco’s Planning Commission next week.

As designed by BDE Architecture for The Hanover Company, the proposed development now includes a mix of 131 studios, 90 one-bedrooms and 150 two or three-bedroom apartments; 12,900 square feet of amenity space and leasing space (including the gym, dog spa, bike lounge, and lobbies); 6,600 square feet of commercial/residential flex space fronting both Harrison and Berwick Place, divided into six (6) storefronts; parking for 420 bikes; and an underground garage for 170 cars.

A 30-foot-wide publicly accessible, but gated, pedestrian passage through the middle of the development would connect Harrison to Hallam Street.

Portions of the existing building’s brick façade, along Hallam and Berwick Place, would be saved and incorporated into the new development.

The width of the sidewalk along Harrison, between Langton and Berwick, is to increase from 8 to 15 feet, reducing the number of travel lanes on Harrison between 7th and 8th from five to four.

And if approved, Hanover is expected to break ground by the end of this year and finish construction in mid-2021.  We’ll keep you posted and plugged-in.