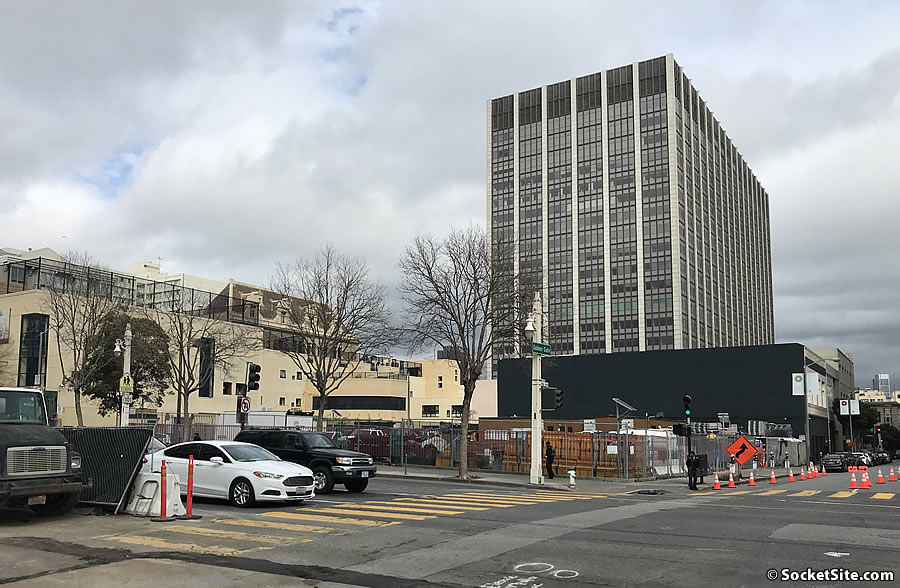 As we first reported two weeks ago:

While the former McDonald’s site on the northeast corner of Van Ness and Golden Gate Avenue is likely to remain a construction staging area for the Van Ness Bus Rapid Transit (BRT) project through mid-2020 (versus late 2019 as originally projected), the plans for a 168-unit apartment building to rise up to 13 stories in height upon the 600 Van Ness Avenue parcel are progressing…

In addition to the 168 apartments, the plans now include a 103-car basement garage with its entrance on Golden Gate, 6,200 square feet of ground floor retail fronting Golden Gate and Van Ness, and a total of 26 new street trees.

Assuming the project is approved, the development is financed, and the ground is broken, the building could be ready for occupancy in 2022 based on a projected 24-month construction period.

And as newly rendered by Iwamoto Scott Architecture and Architecture International below, the proposed development to eventually rise at 600 Van Ness could be approved by San Francisco’s Planning Commission next week. 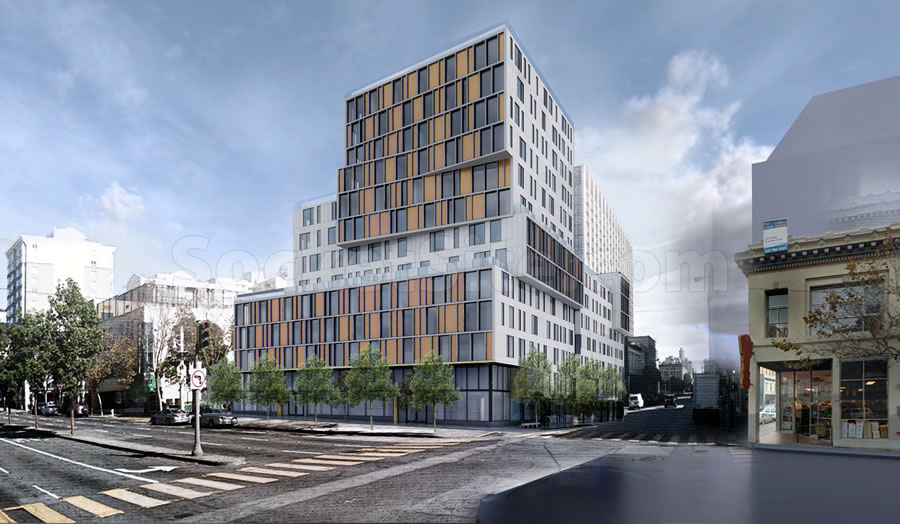 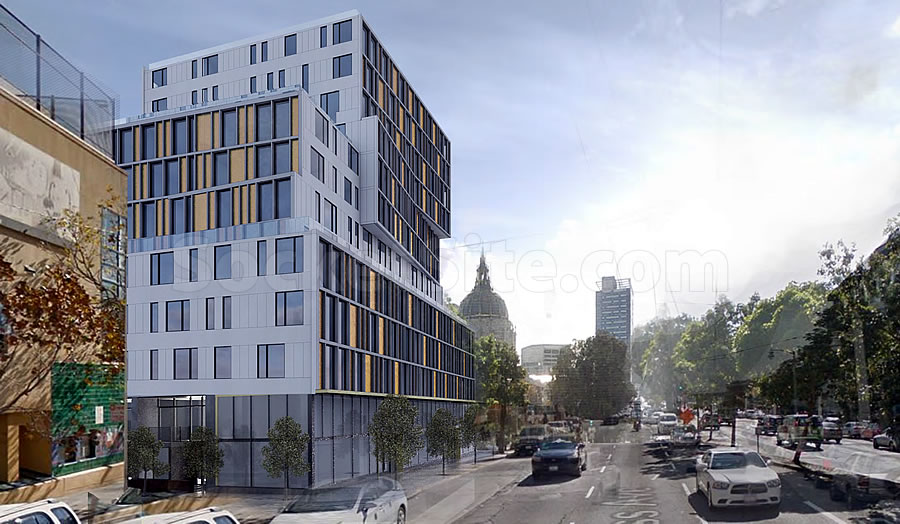 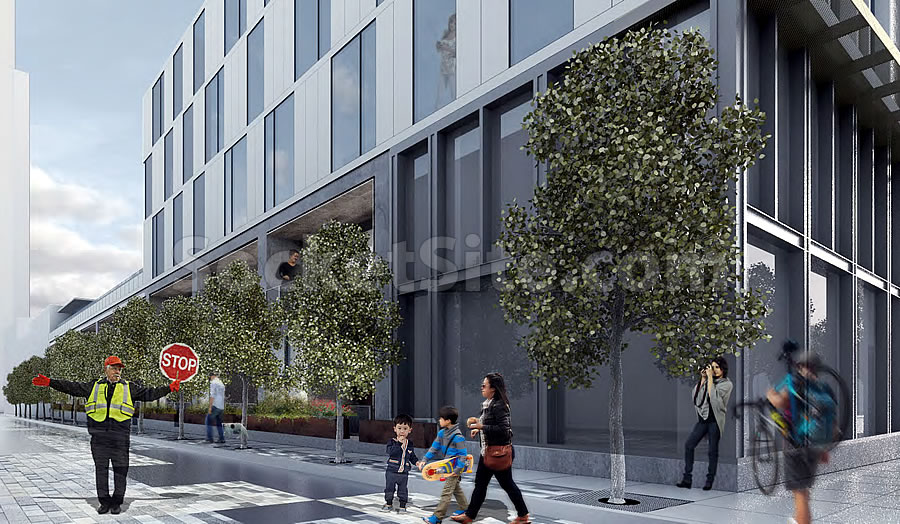 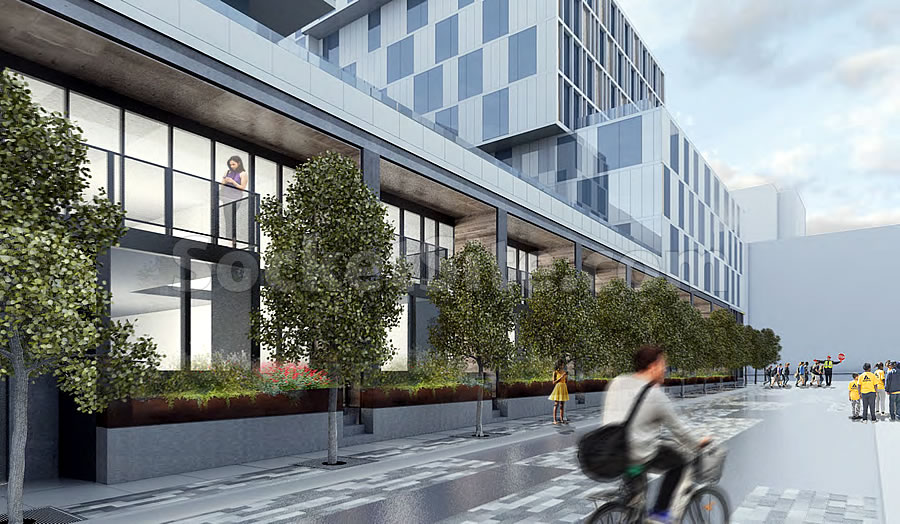