Mortgage Rates Continue to Inch Up, Nearing 5 and 7-Year Highs 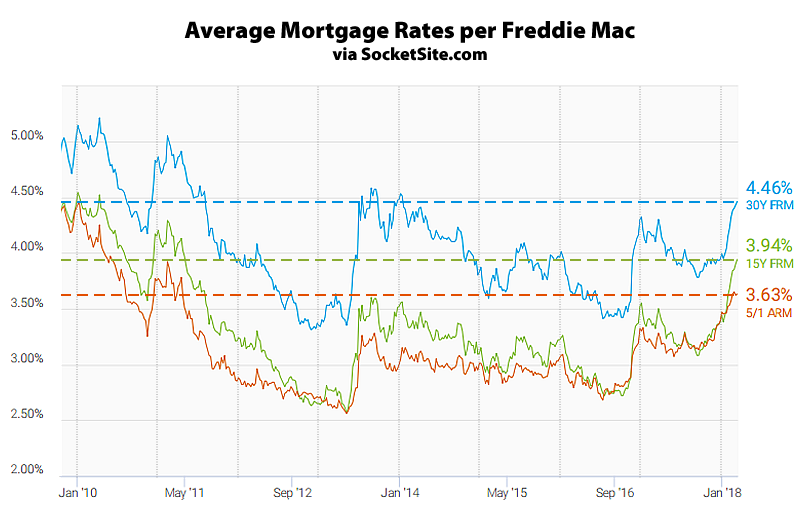 The average rate for a benchmark 30-year mortgage inched up another 3 basis points over the past week to 4.46 percent, which is 25 basis points higher than at the same time last year (4.21 percent) and within 12 basis points of a 5-year high (4.58 percent), according to Freddie Mac’s Primary Mortgage Market Survey data.

And according to an analysis of the futures market, the probability of the Fed raising the federal funds rate on the 21st of this month is holding at 86 percent.

Penthouse in Palo Alto Priced at $34K a Month