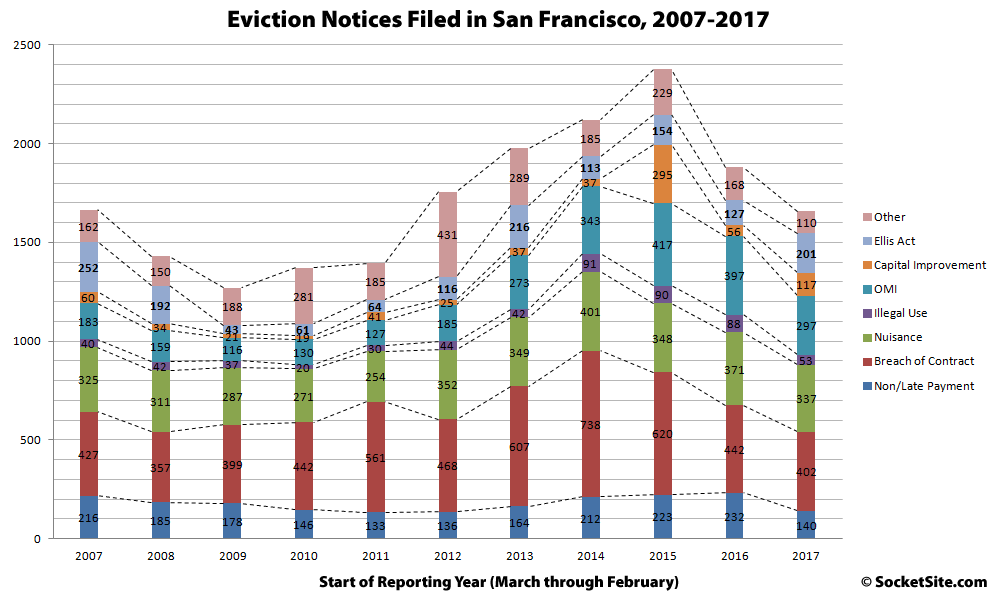 The number of eviction notices filed with San Francisco’s Rent Board dropped 12 percent over the past year, from 1,881 to 1,657. But there was one category in which there was a notable increase in notices: those related to Ellis Act evictions, the number of which (201) jumped 58 percent to a four-year high and is running 49 percent above its 10-year average.

We’ll also note that roughly half (44 percent) of all eviction notices filed over the past year were related to either a technical breach of a tenant’s lease (402), not including those related to the aforementioned payment of rents, or a claimed “nuisance” (337) which is defined as “creating a substantial interference with the comfort, safety, or enjoyment of the landlord or other tenants in the building” and has included such acts as hanging one’s laundry outside one’s window or in a common area.