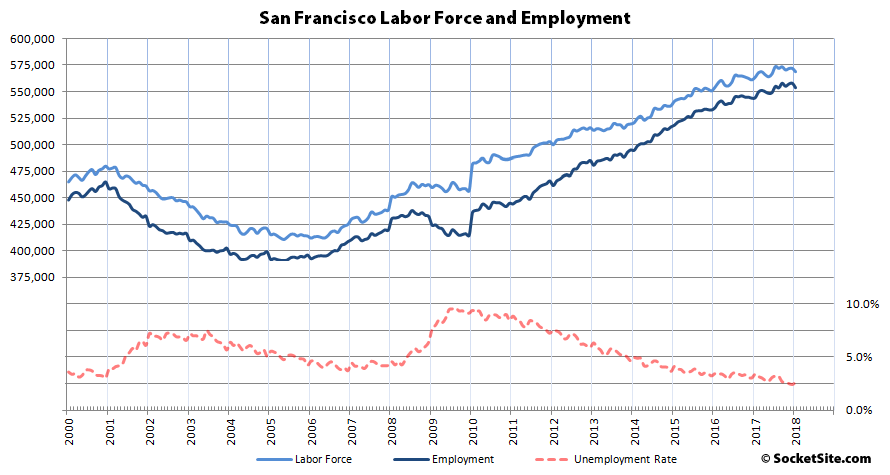 A refinement to the State of California’s analytics increased the estimated number of people living in San Francisco with a job to a record 557,800 at the end of 2017 while the city’s unemployment rate was raised from 2.3 to 2.4 percent (the estimated size of the labor force was increased as well).

But employment in San Francisco then dropped by 4,200 in January to 553,600, versus having increased from December to January over the previous three years, pushing the unemployment rate up to 2.6 percent.

In Alameda County, which includes the City of Oakland, the estimated number of people living in the county with a paycheck was upwardly revised from 822,600 to 825,000 at the end of 2017 but then dropped by 4,600 in January to 820,400. And while the unemployment rate inched up to 3.3 percent, there are still 15,500 more people living in the Alameda County with paychecks on a year-over-year basis and 128,400 more since the beginning of 2010. 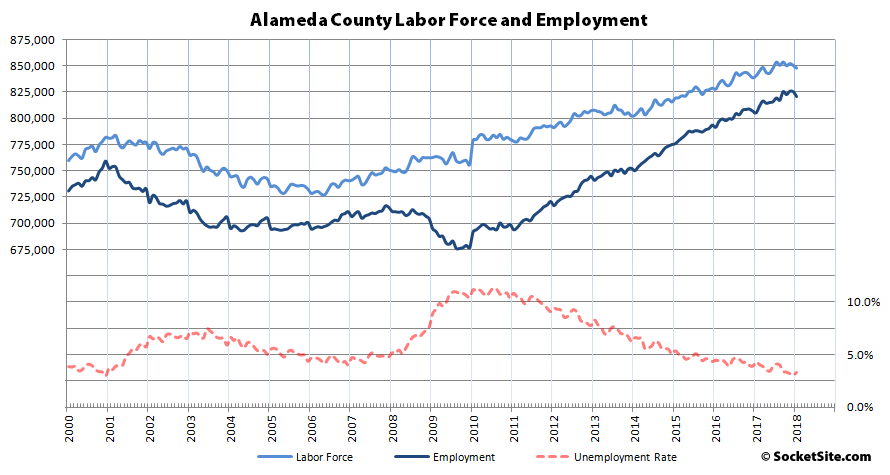 Up in Marin, the number of employed residents was downwardly revised by 1,800 to 137,700 in December but gained 200 in January, which puts the unemployment rate at 2.5 percent.