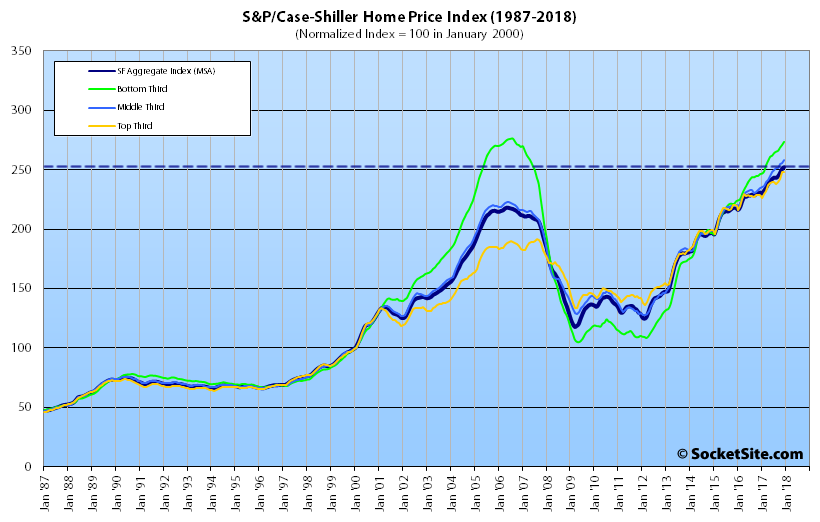 Having ticked up 1.4 percent this past November, the S&P CoreLogic Case-Shiller Index for single-family home values within the San Francisco Metropolitan Area – which includes the East Bay, North Bay and Peninsula – inched up 0.5 percent in December and ended 2017 at an all-time high, having gained 9.2 percent over the past year with outsized gains at the lower end of the market continuing to drive the index overall.

At the same time, while the index for the top third of the market is holding at level which is 29.5 percent above its previous peak reached in third quarter of 2007, and the middle tier is now running 15.9 percent higher than its previous peak, the index for the bottom third of the market, which had dropped over 60 percent, has another 1.0 percent to gain before it’s back to its 2006-era peak.

At the same time, the index for Bay Area condo values inched up 0.4 percent in December and ended the year up 6.1 percent and 28.9 percent above its previous cycle peak in October 2005. 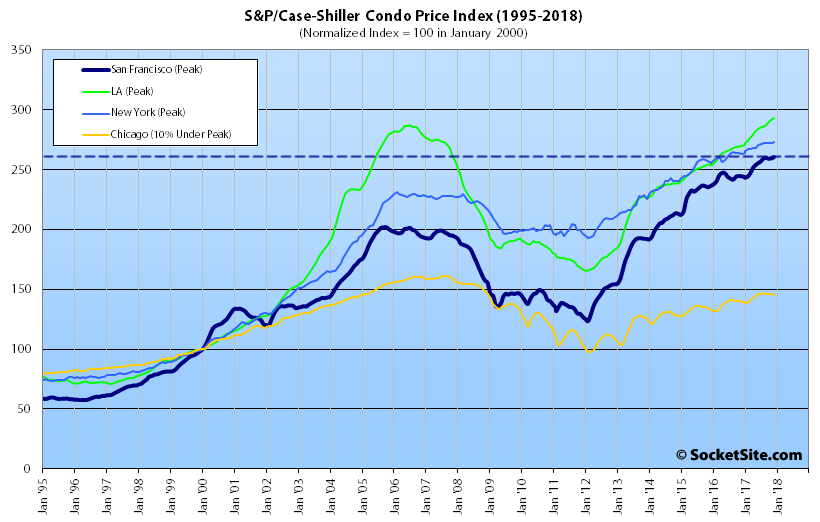 For context, across the 20 major cities tracked by the home price index, Seattle, Las Vegas and San Francisco recorded the highest year-over-year gains in November, up 12.7 percent, 11.1 percent and 9.2 percent respectively versus a national average of 6.3 percent.

[Editor’s Note: A data issue, which has since been resolved, prevented us from publishing the December results when they were released last week.]