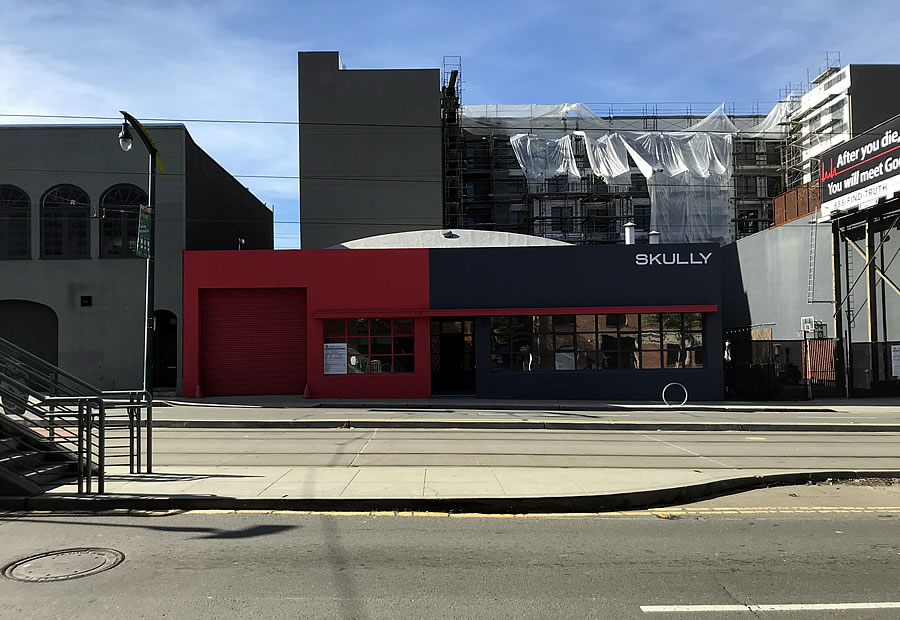 Plans to redevelop the Dogpatch parcel at 2230 Third Street, upon which the one-story Leo’s Tire and Brake shop building which was most recently occupied by Skully Helmets (a crowdfunded tech company which was shuttered in 2016, its assets sold and the technology is now being developed in Atlanta) currently sits have been in the works since 2002, at which time a 20-unit residential project was being considered for the site.

In early 2013, plans for a seven-story building with around 40 residential units, a ground floor of live/work space, and a garage for 23 cars were drafted by D-Scheme Studio but subsequently abandoned. 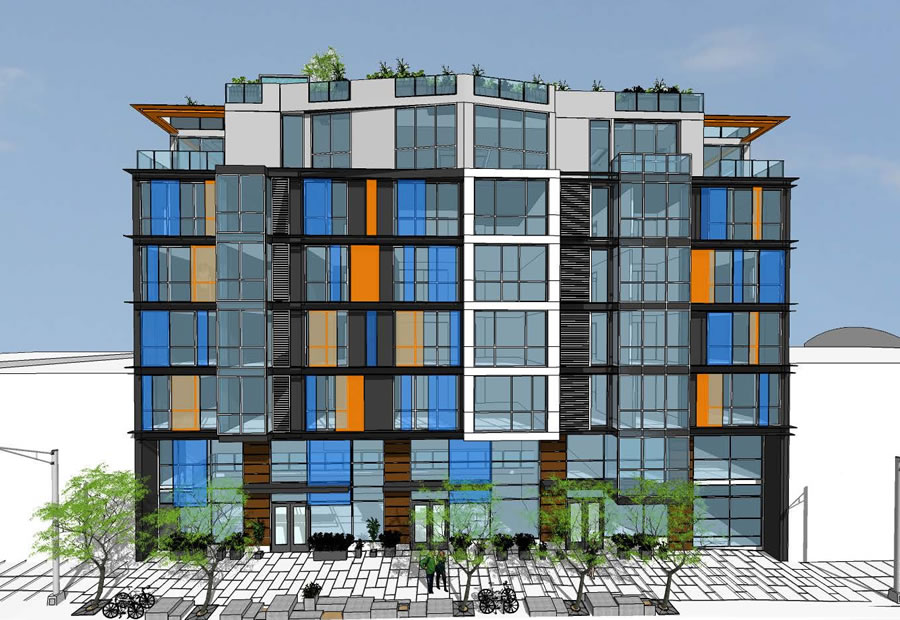 And next week, plans for six-story building to rise up to 68 feet in height upon the 2230 Third Street site are slated to be approved by the City, plans which don’t include a residential component but will yield 36,500 square feet of medical services and life-science office and laboratory space, 3,000 square feet of ground floor retail fronting Third Street and a garage for 15 cars: 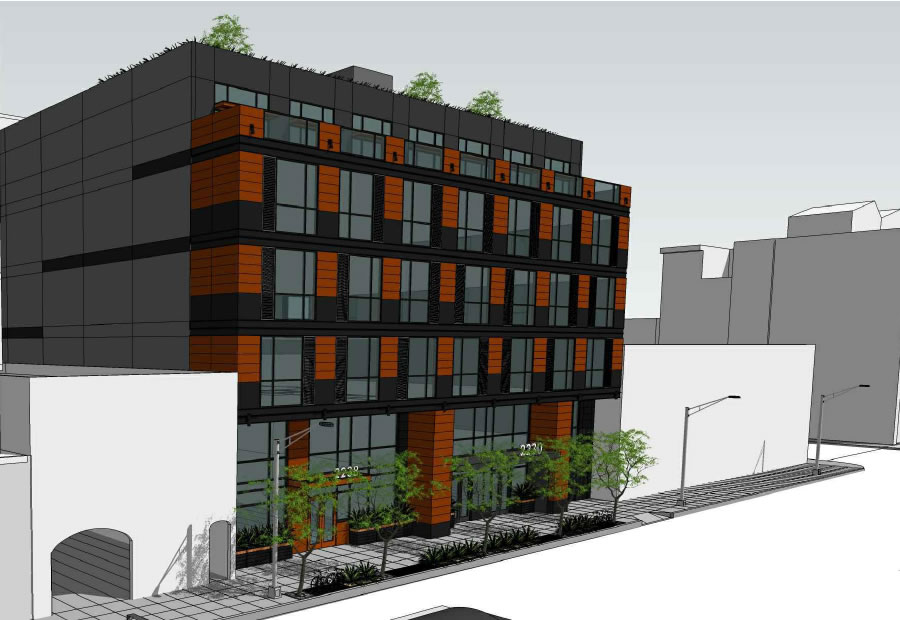 Designs for a Destination Waterfront Hotel