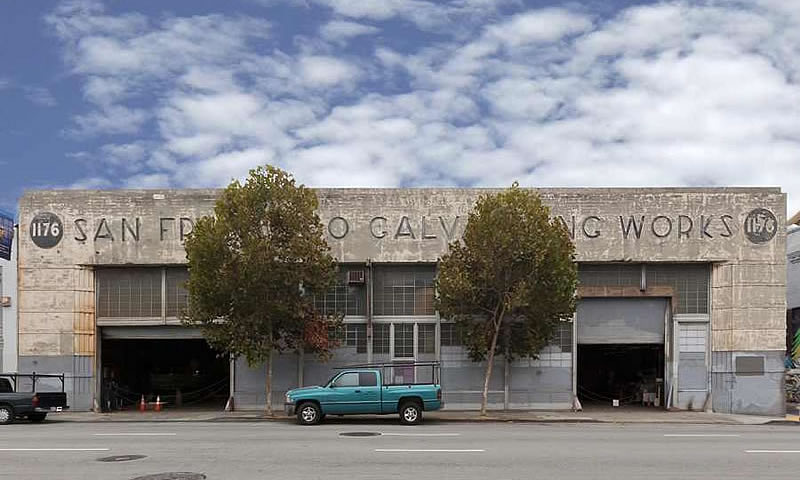 As we first reported back in early 2016:

The warehouse has since been added to the City’s queue of properties which are actively being evaluated for a landmark designation and plans to rehabilitate the building’s façade and add a setback one-story addition, in addition to a new mezzanine level, have been newly drawn by Workshop1, plans which would yield roughly 21,000 square feet of new office space along with a 1,900-square-foot deck upon the addition’s roof: 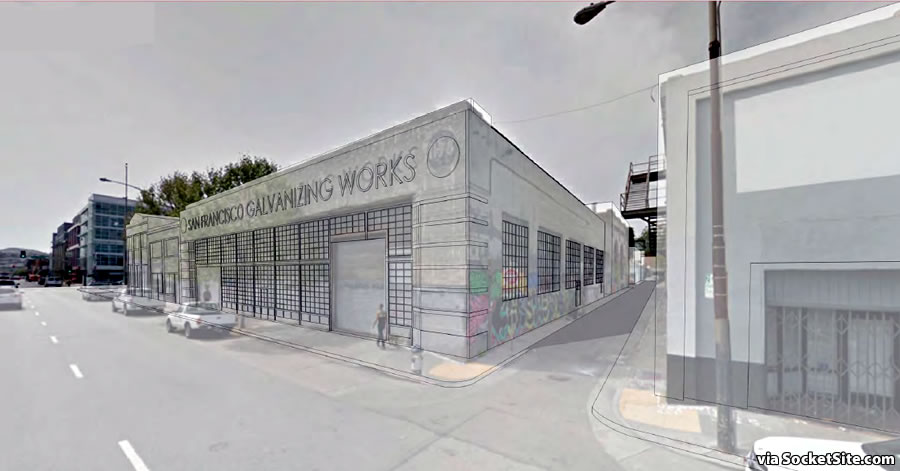 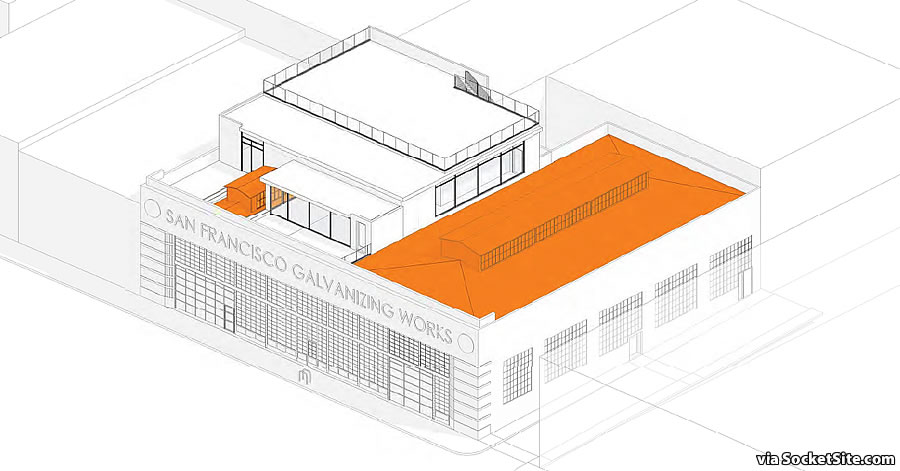