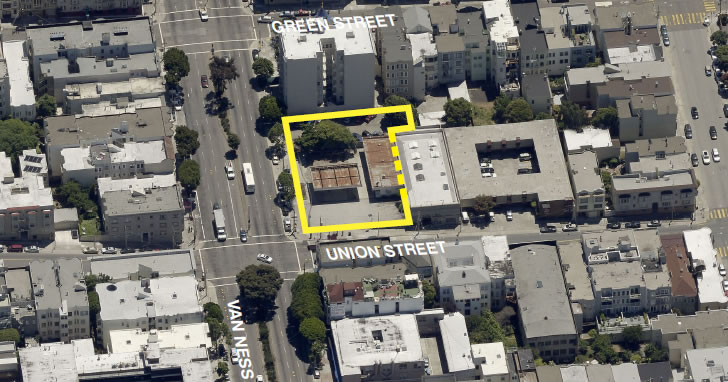 Having been approved by Planning last month, the exemption to allow the long-shuttered Chevron service station site at the corner of Van Ness and Union to be leveled and a contemporary seven-story building to rise upon the Cow Hollow site has officially been endorsed and a permit to start demolishing the station’s canopy has been requested.

As designed by Handel Architects for DM Development, the 2465 Van Ness Avenue project includes 41 market-rate condos (a mix of 10 one-bedrooms, 24 twos and 7 threes) over 2,800 square feet of ground floor retail space and a basement garage for 31 cars and 41 bikes with its entrance on Union. 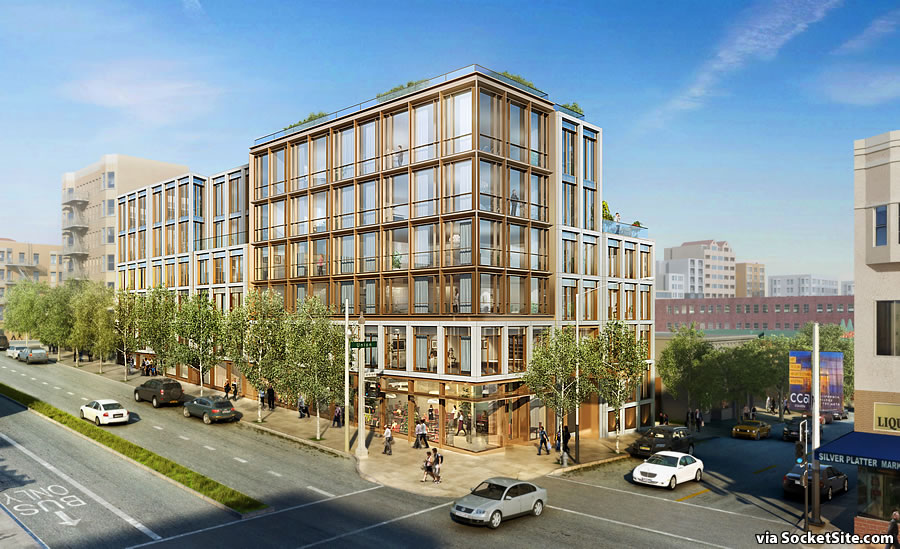 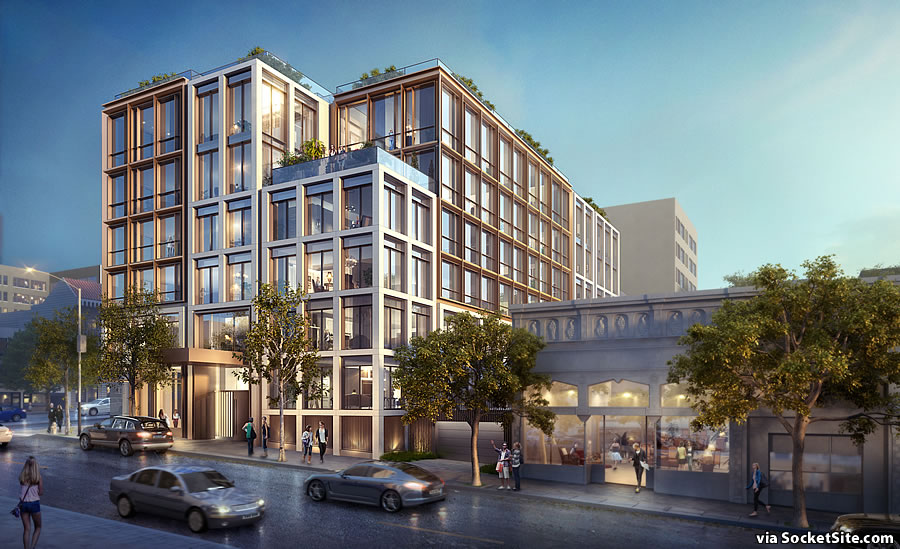 And once again, the former gas station’s underground tanks were removed in 2010, after which it was confirmed that contamination from the removed tanks would not pose a threat to public health or the environment and the ground could soon be broken, as we reported in December.

Bay Area Home Values Tick Up to Another High