Refined Designs and Timing for a New Cow Hollow Hotel 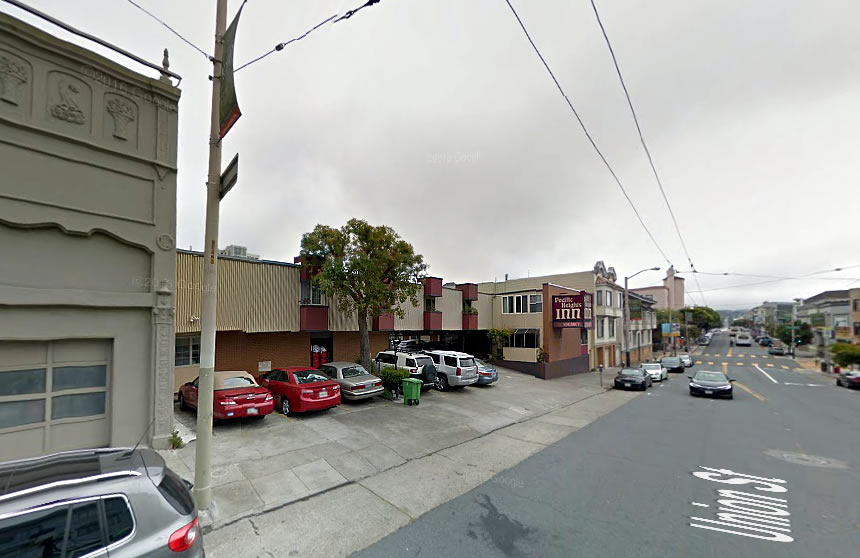 Plans to level the 40-room Pacific Heights Inn at 1555 Union Street have been in the works for a couple of years. And as proposed, a 100-room hotel designed by Stanton Architecture will rise up to 40 feet in height across the existing motel’s site on the eastern edge of Cow Hollow. 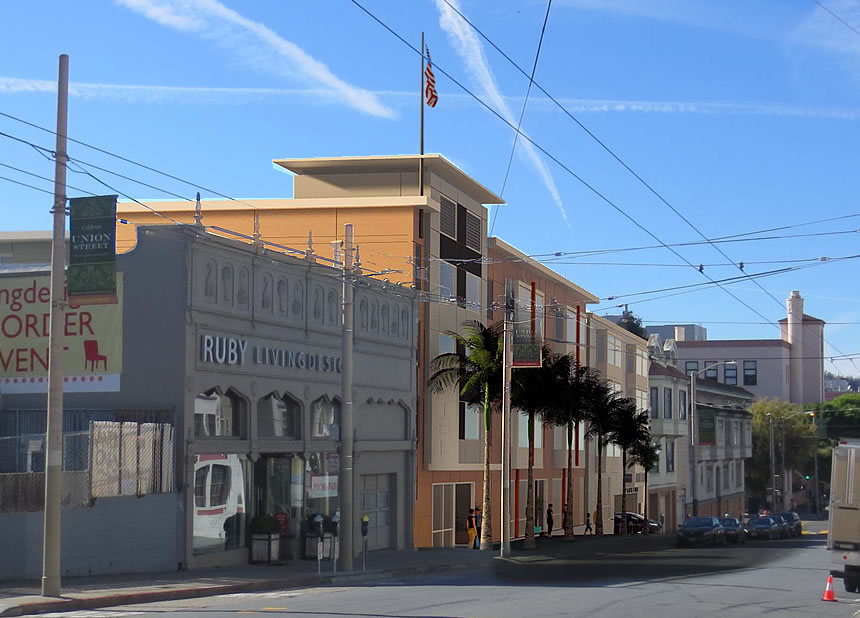 As originally proposed, and required by code, the development was to include a two-level underground garage for 80 cars. But facing push back from neighbors with respect to the extent of excavation required for the aforementioned garage, the project team is seeking a variance to allow the development to move forward with parking for 35 cars in a single-story garage, which would significantly reduce the depth of excavation and shave 3 months of construction from the project’s timeline.

The Planning Commission hearing for the redevelopment of 1555 Union Street is slated for February 9.