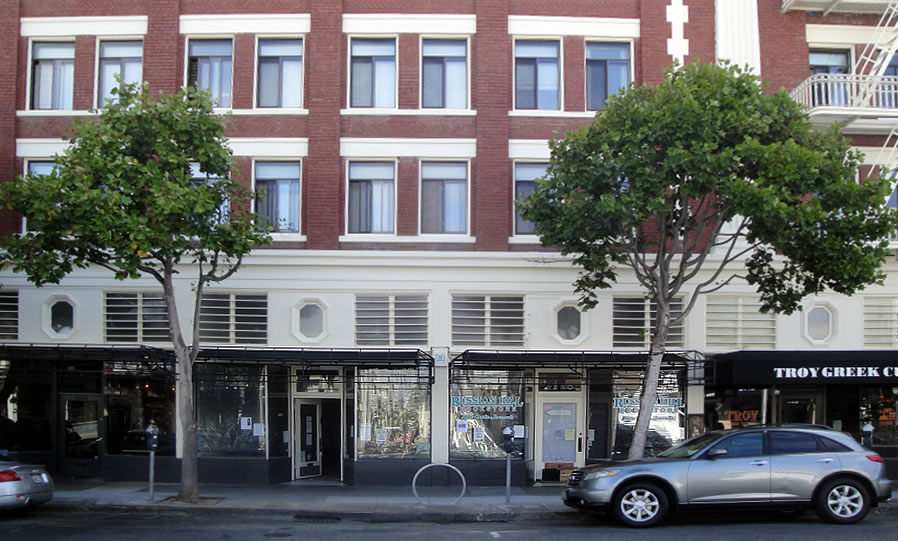 Philz Coffee is planning to take over the former Russian Hill Bookstore storefront at 2230 Polk Street which has been vacant for five months.

As proposed, while the interior of the Polk Street space would be renovated, the exterior would remain relatively the same, save some new signage.

But with 43 locations worldwide, including 13 stores and a mobile truck in San Francisco alone, and Formula Retail restrictions in place for the Polk Street Corridor, San Francisco’s Planning Commission will have to approve a Conditional Use application to allow Philz’s move.