Block-Sized Development on the Market in Outer Parkside 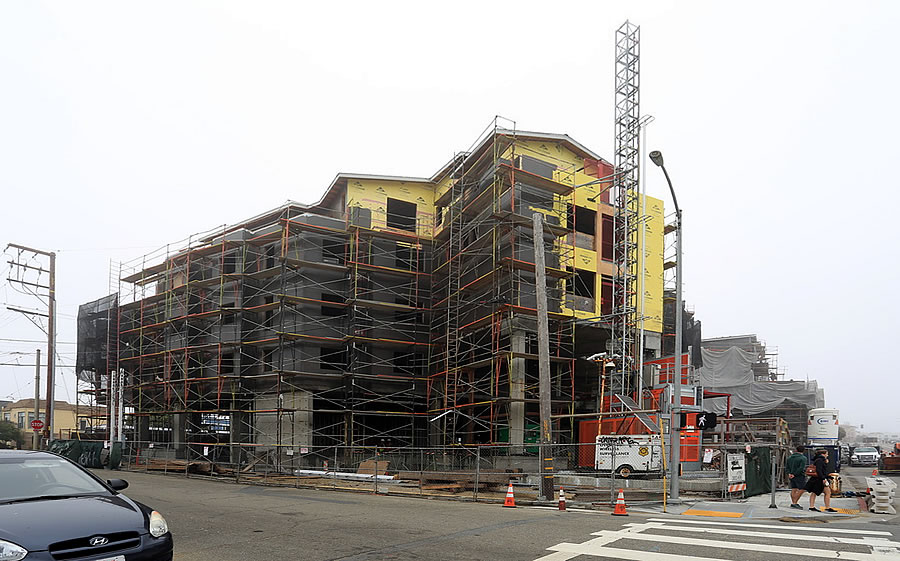 While still under construction, the 117,000-square-foot development at 2800 Sloat Boulevard, which includes 56 condos over 23,000 square feet of commercial space, an open-air market and a basement garage for 112 cars is now being marketed as a bulk sale with a $77.888 million asking price.

First approved for development back in late 2008, the block-sized project was granted a three-year extension to start construction back in 2012, and having flirted with bankruptcy and foreclosure along the way, the ground was finally broken – and the former Robert’s Beach Motel, Aqua Surf Shop, and John’s Ocean Beach Café buildings on the site razed – in late 2015.