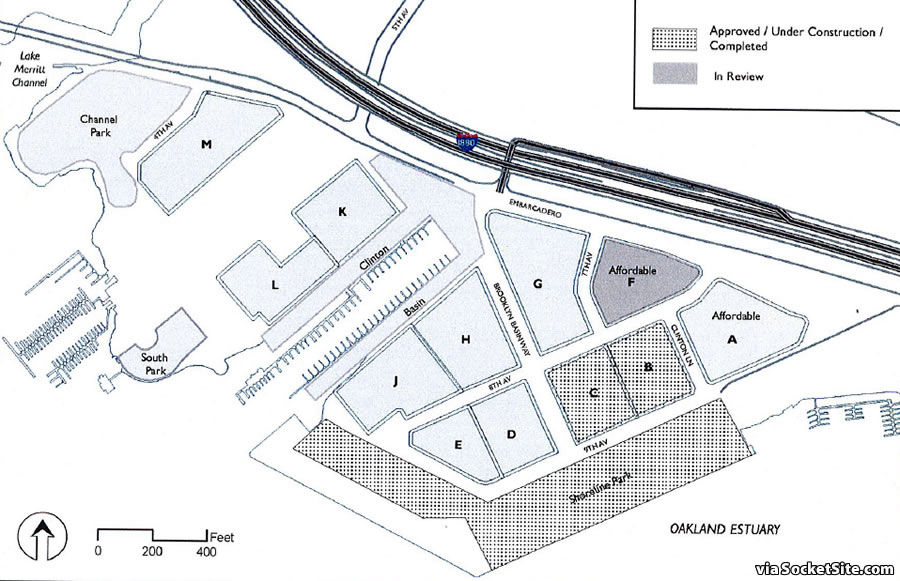 With the first building of the massive Brooklyn Basin project – a 64-acre East Bay development which will yield up to 3,100 units of housing, 200,000 square feet of commercial/retail space and 30 acres of open space along Oakland’s waterfront – under construction and plans for the second building having been approved, the prodesign for the first of Brooklyn Basin’s two below market rate (“affordable”) buildings will be presented to the city’s Design Review Committee this week.

And as designed by HKIT Architects for MidPen Housing, the 86-foot-tall building to rise on Brooklyn Basin’s Parcel F (a triangular parcel bordered by Embarcadero, 7th and 8th Avenues) will yield 211 dwelling units and a garage for 192 cars. 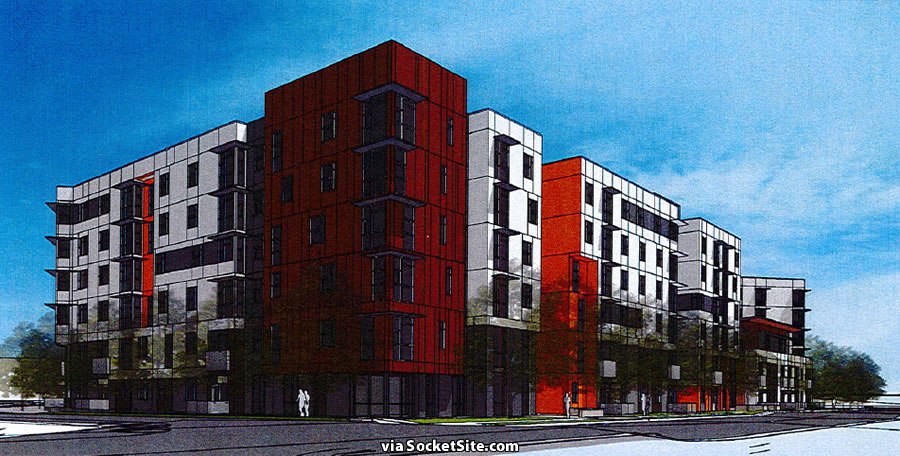 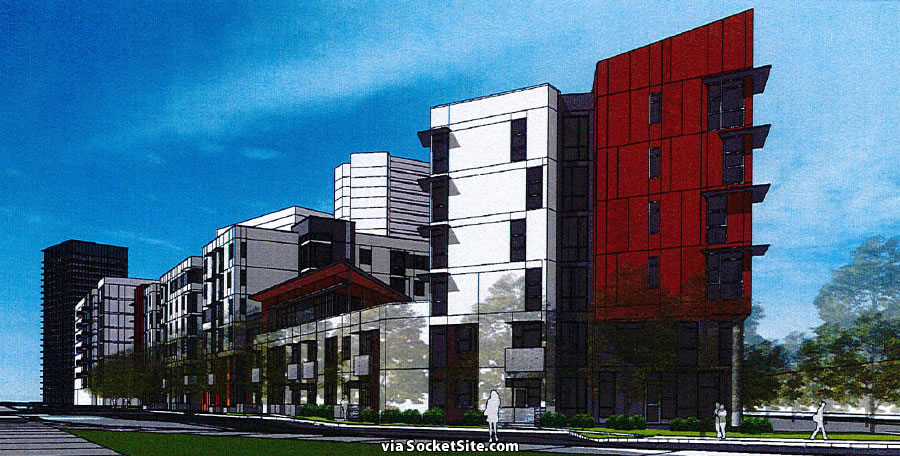 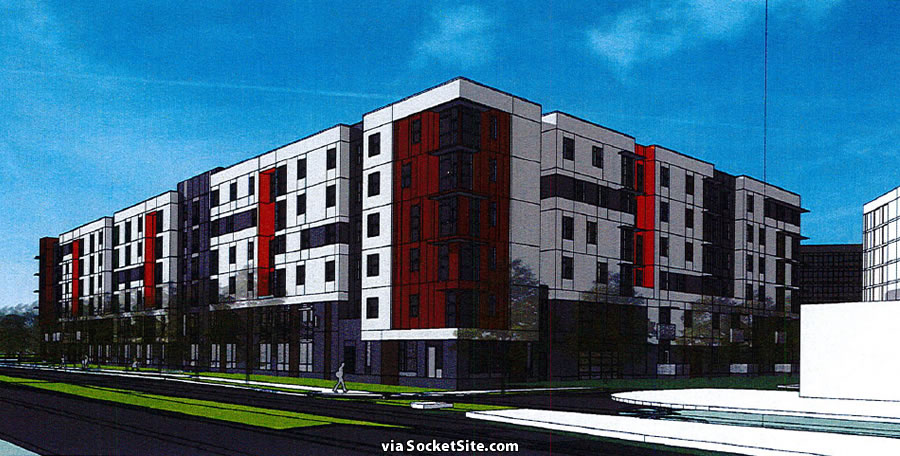