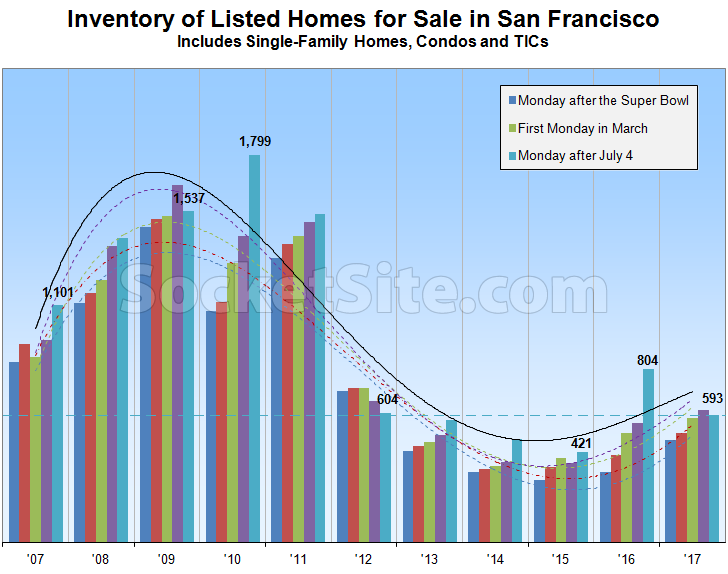 With supply (new listings) roughly even with demand (sales) over the past three months, the number of single-family homes and condos currently listed for sale in San Francisco now totals 593, which is 3.6 percent lower than at the beginning of April and 26.2 percent lower than at the same time last year but 40.9 percent above the inventory levels in place circa 2015.

If typical patterns holds true, expect inventory levels in San Francisco to slip through the summer before climbing again near the end of August or early September.