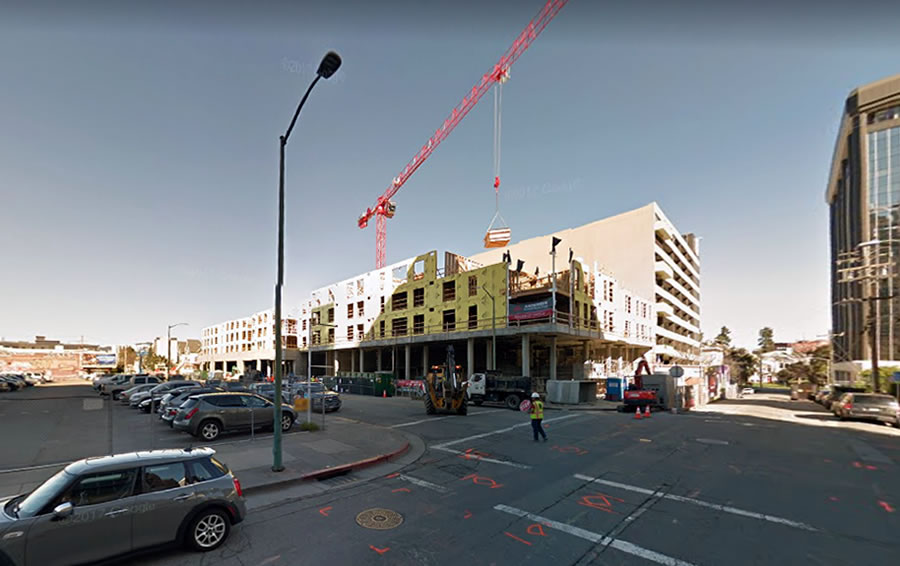 A fire has consumed Wood Partners’ 193-unit development under construction at 2302 Valdez Street, one of the largest projects in the works or anticipated to rise within Oakland’s Broadway Valdez District and along the city’s burgeoning Auto Row.

In addition to the 193 market-rate units, which were to average a little over 800 square feet apiece, the fire has destroyed over 31,000 square feet of new retail space which was to enliven Valdez between 23rd and 24th Streets. 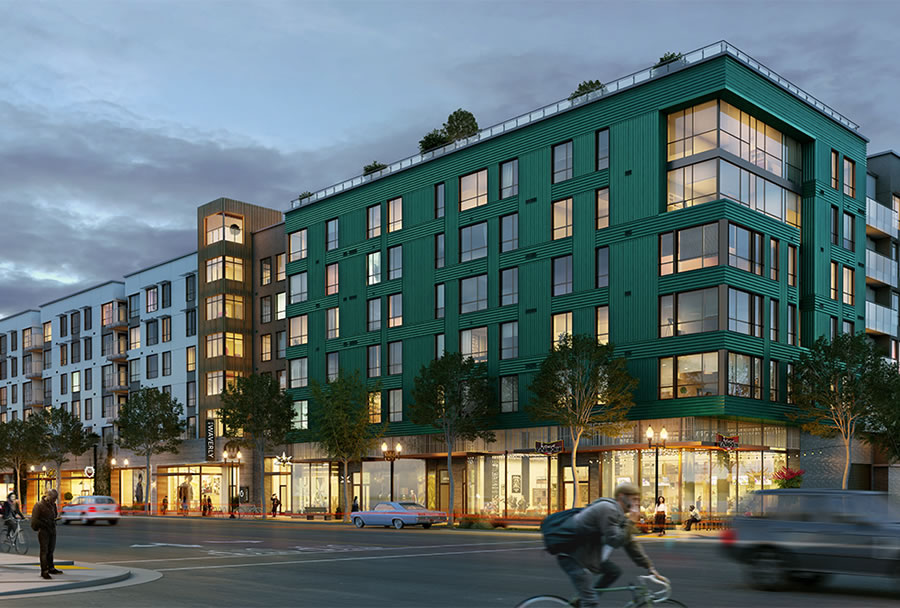