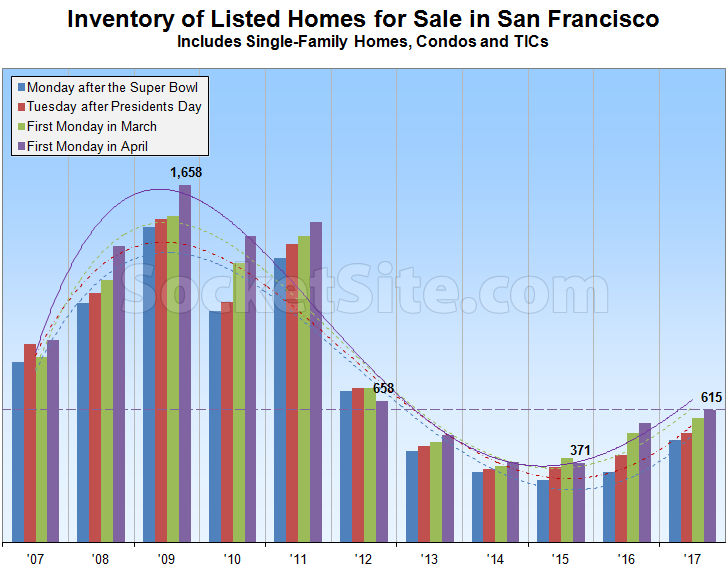 Having ticked up another 6 percent over the past four weeks, the number of single-family homes and condos currently listed for sale in San Francisco now totals 615, the highest total at the beginning of April since 2012, at which point there were 658, and 10 percent higher versus the same time last year.

Expect inventory levels in San Francisco, which are on track to soon hit a six-year high, to continue to climb through June or July.