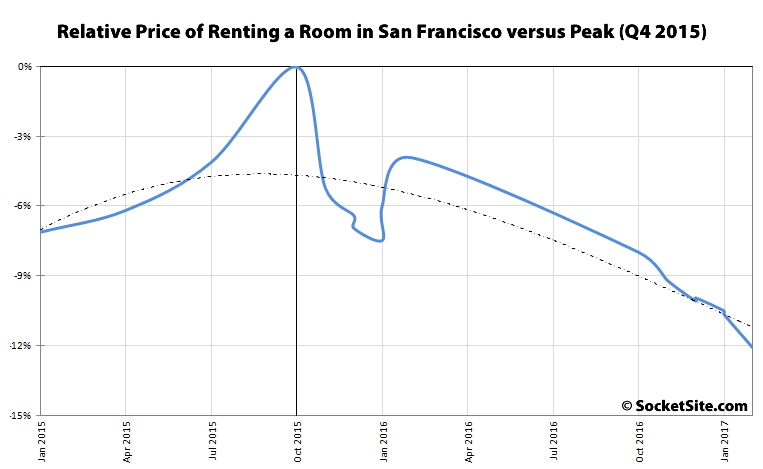 With the weighted average asking price of renting an apartment in San Francisco having now dropped over 8 percent since peaking in the fourth quarter of 2015, which brings us back to late 2014 prices, we thought we’d slice the data in a different way.

And in fact, if we look at the trend in San Francisco rents on a “per room” basis, the decline in cost would appear to be closer to 12 percent since late 2015 and climbing.

For the purposes of our analysis, we considered a studio to be a single room, a one-bedroom two, a two-bedroom three, and so on and so forth, as have plenty of roommates over the past couple of years.

And while the cost per room hasn’t declined as much in Oakland, it has been declining since the beginning of the year and is currently running around 6 percent.