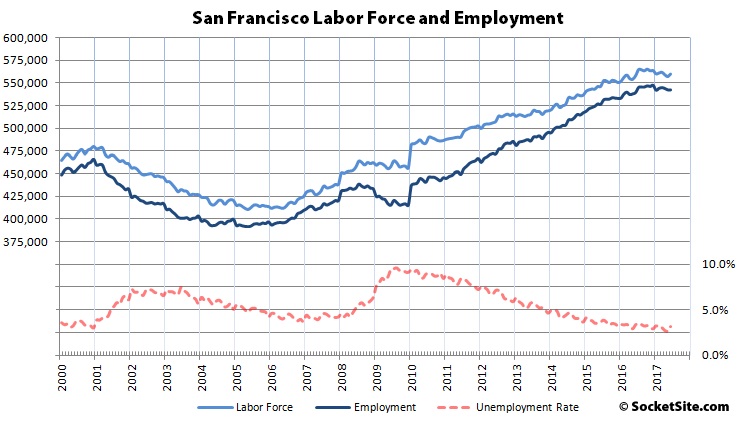 And for the first time since 2009, employment in San Francisco dropped in the first half of the year, decreasing by 5,100 since the end of 2016.

At the same time, there are still 76,600 more people living in San Francisco with paychecks than there were at the end of 2000, an increase of 105,400 since January of 2010 and 2,900 more than at the same time last year. But the year-over-year gain has been trending down since mid-2015 and is at its lowest level in nearly eight years.

In Alameda County, which includes Oakland, employment slipped by 800 in June to 803,600 and is now running 7,300 lower than at the end of last year but still 3,400 higher on a year-over-year basis, which is the smallest year-over-year increase since early 2011, with an unemployment rate of 4.0 percent and 111,600 more employed residents since the beginning of 2010. 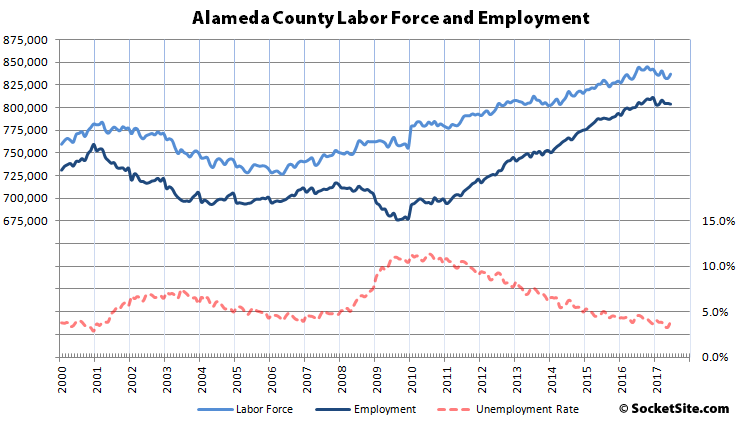 SoMa Rising and One Less Auto Shop as Proposed