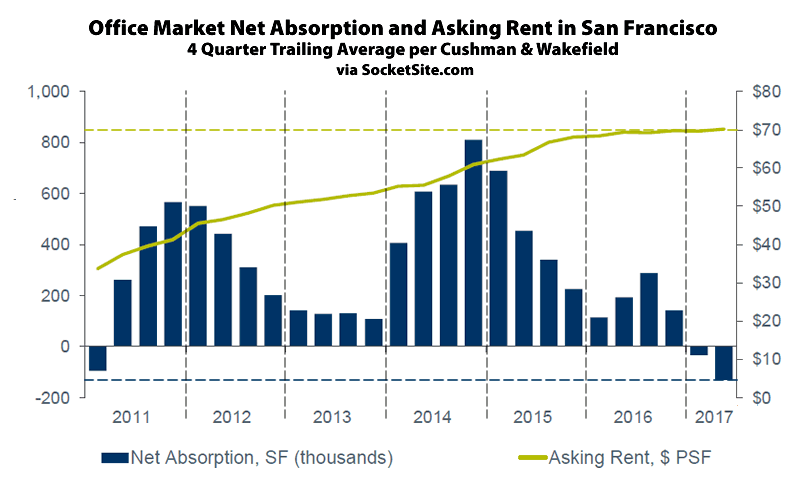 That being said, the year-over-year gain in asking rents has dropped to 1.2 percent, down from a 2.4 percent gain in 2016, a 15 percent gain in 2015 and an average annual increase of nearly 20 percent over the previous six years.

And while the overall office vacancy rate in San Francisco decreased by 30 basis points in the second quarter of the year to 8.4 percent, and remains 0.7 percentage points below the historical average of 9.1 percent, it’s the second highest vacancy rate in San Francisco since the third quarter of 2014 and 1.1 percentage points higher than at the same time last year, according to data from Cushman & Wakefield. 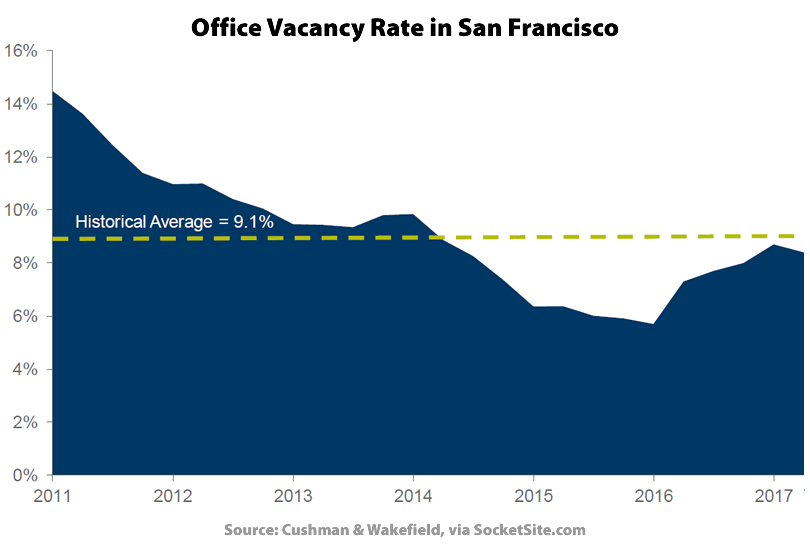