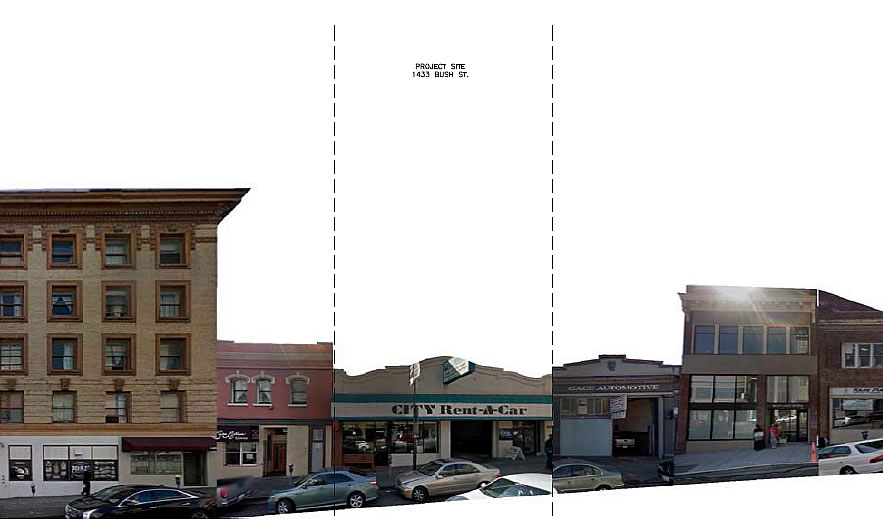 Approved for a 10-story building with 32 condos over a ground floor commercial space and a 26-car garage to rise up 115 feet in height on the Polk Gulch site back in 2014, the 1433 Bush Street project was redesigned and re-approved to include 47 condos over two commercial spaces and an 8-car garage last year. 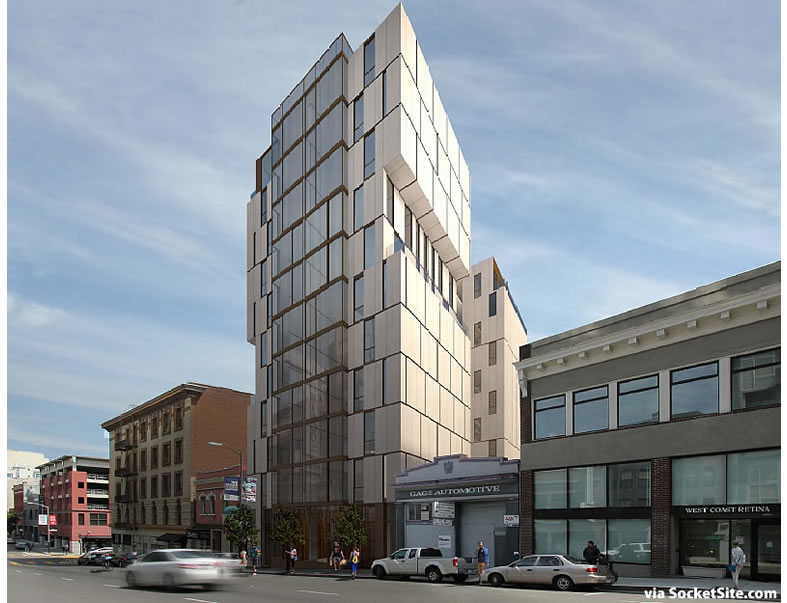 But following a round of what would appear to have been a bit of value engineering, as we first reported at the time, those plans have since been abandoned as well.

At eleven stories, the project qualifies as a “high-rise,” would be subject to high-rise building code regulations (which are more costly), and has since been deemed to be financially “infeasible” under the current market conditions. 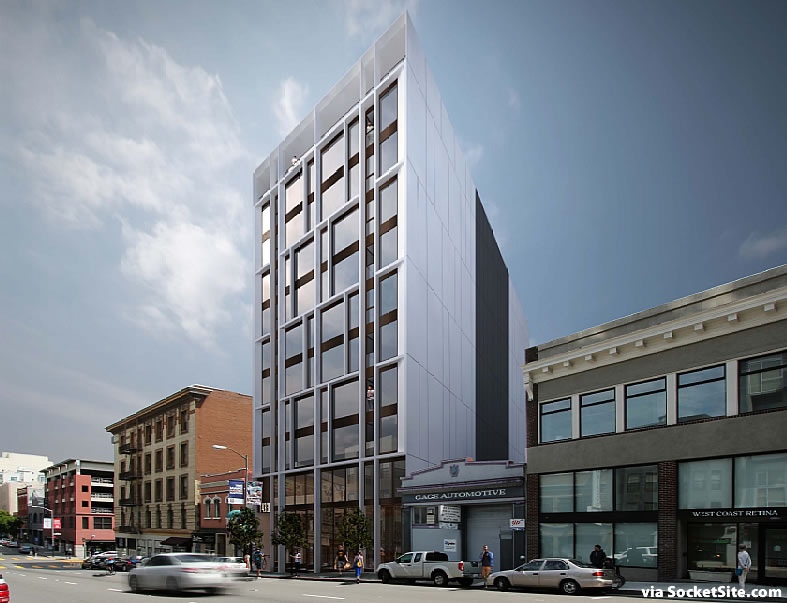 Instead, JS Sullivan Development is now seeking approval for an eight-story building to rise up to 89 feet in height upon the City Rent-A-Car site, with a total of 40 condos (12 studios, 12 one-bedrooms, 2 twos and 14 threes) over two ground floor retail spaces and a stacked garage for 16 cars. 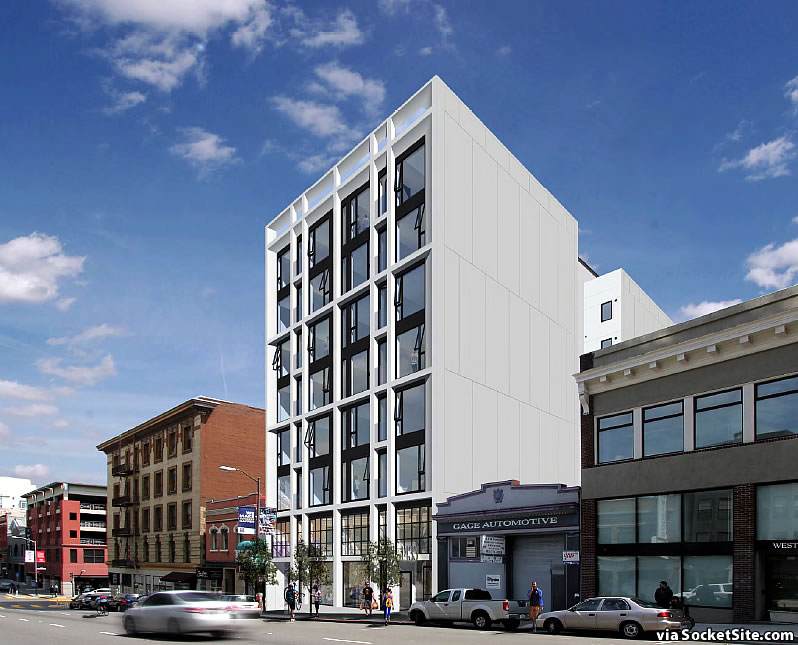 San Francisco’s Planning Department is recommending that the re-revised plans for the 1433 Bush Street project, the building permits for which are in the works, be approved by the City’s Planning Commission this afternoon. The site is zoned for development up to 130 feet in height.