Plans to Raise the Roof(s) on Oakland’s Auto Row 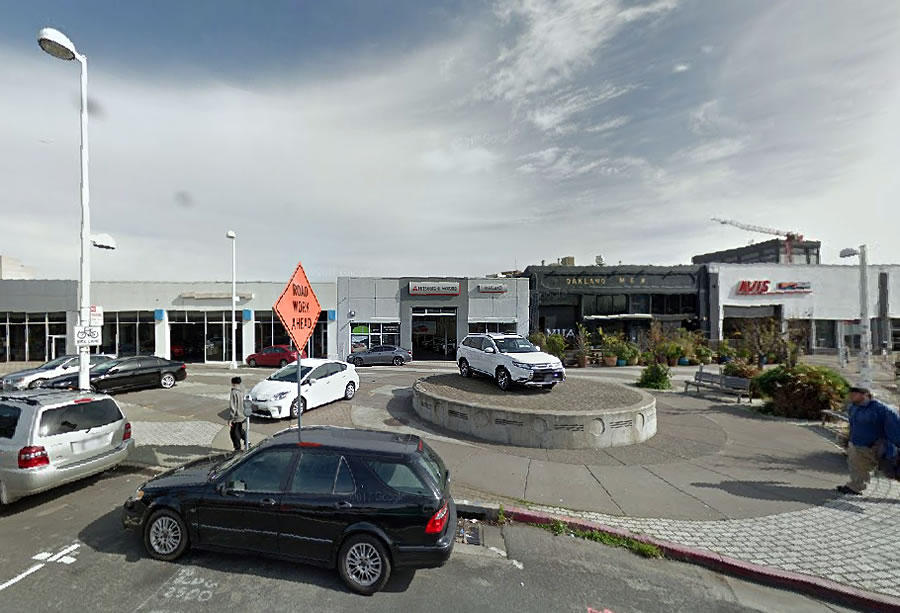 Plans to level the Oakland Mitsubishi automobile dealership at 2500 Webster Street, adjacent to Mua at 2442 Webster, are in the works.

And while the Auto Row site is principally zoned for building up to 45 feet in height, Signature Development Group is planning to seek Conditional Use Authorization for a six-story building to rise up to 85 feet in height.

As designed by YHLA Architects, the proposed development includes 30 residential units (a mix of 15 studios and 15 one-bedrooms) over 6,400 square feet of commercial space and a mezzanine storage room for 30 bikes.

And as with the proposed tower to rise down the street at 2305 Webster, the 2500 Webster Street project has qualified for a streamlined review under the previously approved Broadway Valdez District area plan.

At the same time, plans to level the Oakland Kia/Avis at 2424-2428 Webster Street, on the other side of Mua, are in the works as well, a development which is expected to yield nearly 50,000 square feet of office space over 6,300 square feet of retail and will likely put the squeeze on the building between.