Development Challenged for Looking Too Upscale 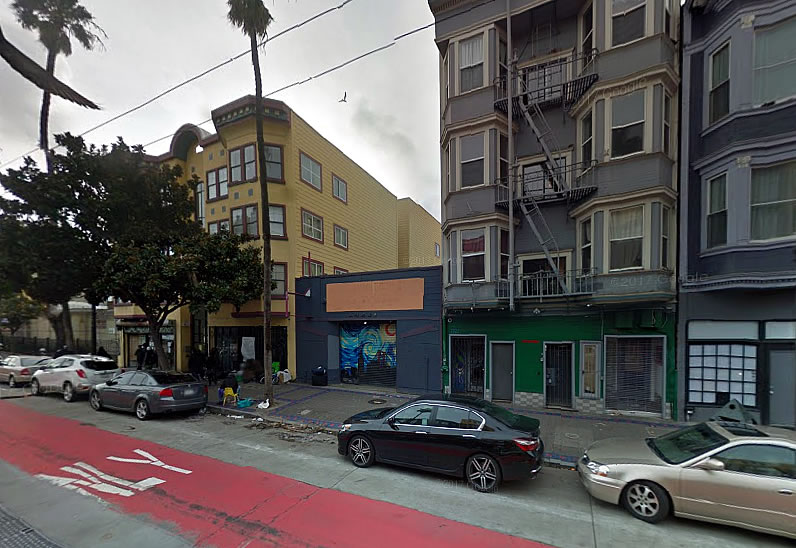 Plans to level the former N&S Auto Body Shop at 1924 Mission Street and construct a new 80-foot-tall building, with 11 apartments over a ground floor retail space fronting Mission, are being challenged by “Our Mission No Eviction” which has requested a formal Discretionary Review (DR) of the development as designed Lejarraga Studio. 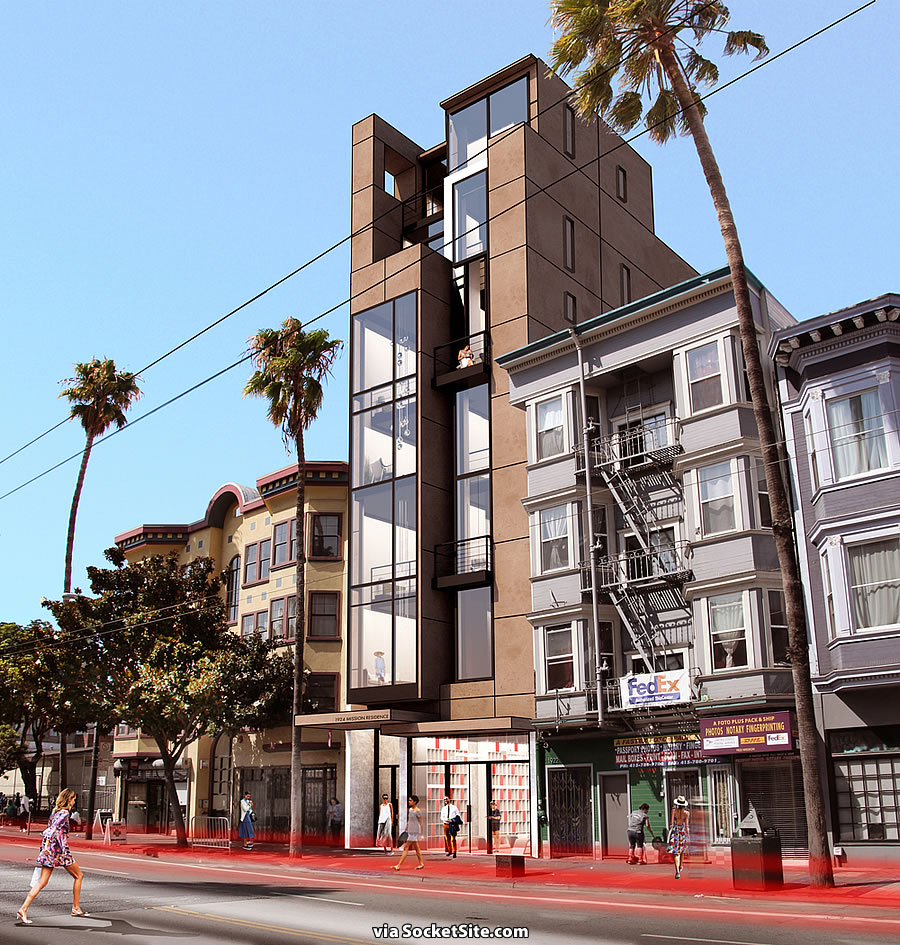 From the formal filing and request:

“This project is in direct conflict with elements of the City’s General Plan and most notably, Planning Code Priority Policy 2: That existing housing and neighborhood character be conserved and protected in order to preserve the cultural and economic diversity of our neighborhoods.

This 80-ft tall project will be comprised of 11 units with floor-to-ceiling glass that will be occupied by high-income residents, and does not maintain the family housing character of this working-class neighborhood. The project will indirectly contribute to the gentrification and displacement impacts on the block and threaten the cultural and economic diversity of this community.

At a recent Discretionary Review of 1900 Mission Street, a very similar project in size and use of large-scale glass windows, the Planning Commission ruled that the similar project should be brought further into alignment with the character of this family corridor. During the review process, several commissioners expressed concerns that these large windows and unusual highly glassy appearance were a statement of class and privilege.

This high-end project proposed for 1924 Mission St will most likely command rents of somewhere in the $3,000 to $4,000 range for a 1 bedroom unit. These rents, along with its accompanying gentrification-inducing design, intended to target higher-end tenants, will create local upward price pressure on surrounding tenants.

A recent survey from the Mission Promise Neighborhood program revealed that 30% of the Mission families served by this program were living in poverty. Therefore, this project will most likely result in additional changes to the character of the neighborhood through evictions and the pricing out of small businesses as the differing tastes of the new, high-income tenants dictate higher rents and different retail product lines, as research has indicated.”

And the group’s stated demand: “The Planning Commission should exercise its discretion and demand this project alter its appearance in order that it comes into line with neighboring buildings on the Mission corridor in a way that better helps “preserve the cultural and economic diversity” of the corridor and the Mission District.”

Building permits for the development as proposed are in the works.

Plans and Funding for a New Dogpatch Hub, with a Catch (or Two)