Benchmark Mortgage Rate Drops to Its Lowest Mark This Year 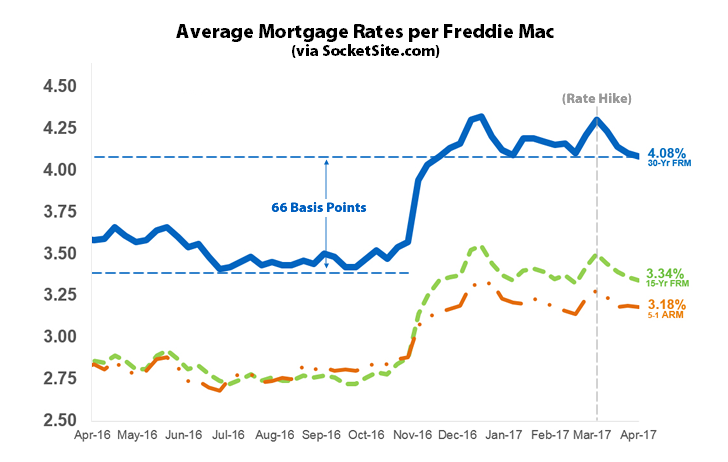 Having hit 4.30 percent four weeks ago with the probability of the Fed’s second rate hike already priced-in, the average rate for a benchmark 30-year mortgage has since dropped to 4.08 percent, shedding 6 basis points over the past two weeks to mark its lowest rate this year.

At the same time, the current rate remains 50 basis points above the 3.58 percent average rate in place at the same time last year and has jumped 66 basis points since July, according to Freddie Mac’s Primary Mortgage Market Survey data.

And according to an analysis of the futures market, the probability of the Fed’s next rate hike occurring next month has ticked up to 57 percent.

Complaints Related to Airbnb-ing in S.F. Have Doubled Again