Mortgage Rates Near a Three-Year High 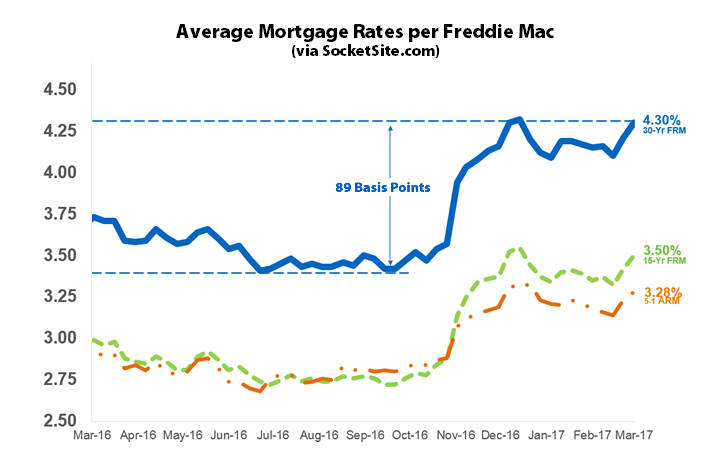 Measured prior to the Fed’s rate hike yesterday but with the probability already priced in, the average rate for a benchmark 30-year mortgage ticked up another 9 basis points over the past week to 4.30 percent, nearing the 4.32 percent rate in place at the end of last year, which was the highest rate on record in three years.

Having jumped 76 basis points over the past four months and 89 basis points since July, the current 30-year rate is now 57 basis points above the 3.73 percent rate in place at the same time last year, according to Freddie Mac’s Primary Mortgage Market Survey.

And according to an analysis of the futures market, the Fed’s next rate hike is now expected to occur as early as June, the current probability of which is 53 percent.

San Francisco's Future Skyline Newly Rendered and on the Way