Where the Kids Live in San Francisco 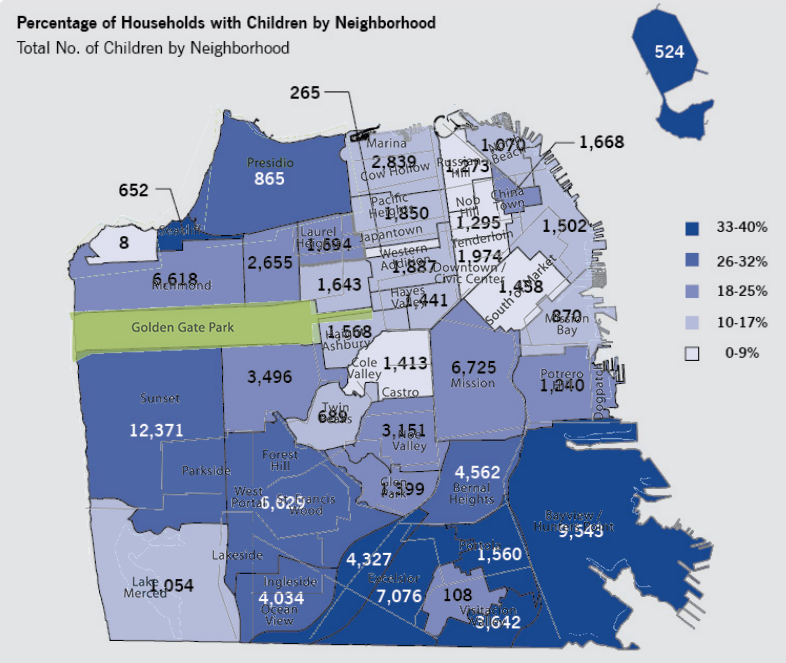 It’s a little messy, but we’ve mashed up the Housing for Families with Children report’s map of where the children under 19 live in San Francisco, both in terms of absolute numbers and the relative densities of households with children, and the rough neighborhood boundaries for the city.

And while the Outer/Central Sunset/Parkside lays claim to the most children overall, in part due to its relative size, the neighborhoods with the highest percentage of households with children in San Francisco are Sea Cliff, Treasure Island, and the southern neighborhoods in real estate District 10.

Evolution on Market and Grove