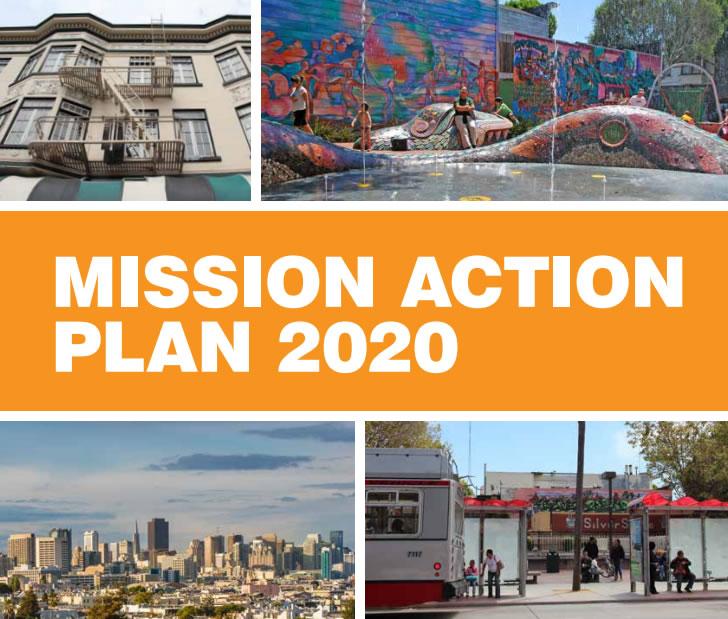 The draft plan to retain low to moderate income residents and community-serving businesses, artists and nonprofits in San Francisco’s Mission District has just been released for public review.

The Mission Action Plan 2020 (MAP2020) identifies programmatic services intended to “preserve the Mission District as a Latino cultural and commercial core, as well as a neighborhood of choice for the most vulnerable households.”

The six stated objectives of the plan:

The seven broad categories to be addressed and assessed:

And the Plan’s Phase Two issues, which are “ripe for discord and influenced by a larger and constantly shifting landscape of politics and economics” and loom large:

The draft Mission Action Plan and framework are slated to be presented to San Francisco’s Planning Commission for its endorsement on March 2, 2017.