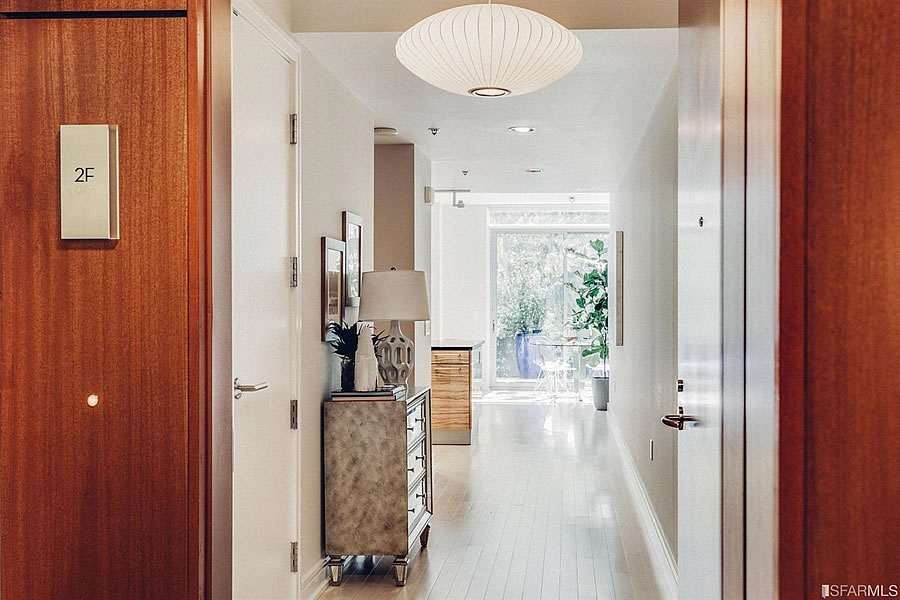 Purchased for $1.2 million in mid-2013, the rare two-bedroom patio residence #2F at 631 Folsom Street (a.k.a. BLU) returned to the market priced at $1.45 million this past April, a sale at which would have represented total appreciation of 20 percent over three years – or roughly 7 percent per year – for the downtown condo with a wrap-around deeded patio and upgraded finishes inside. 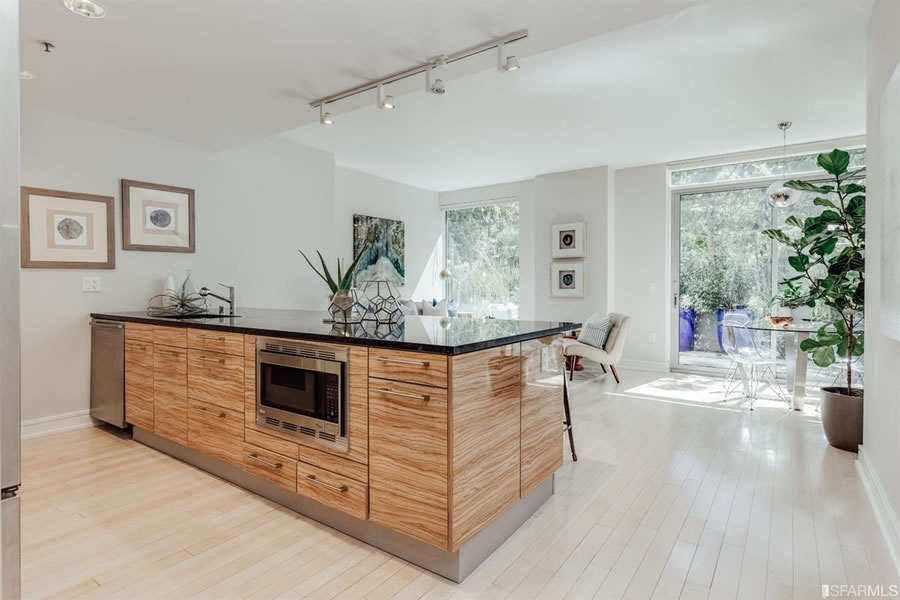 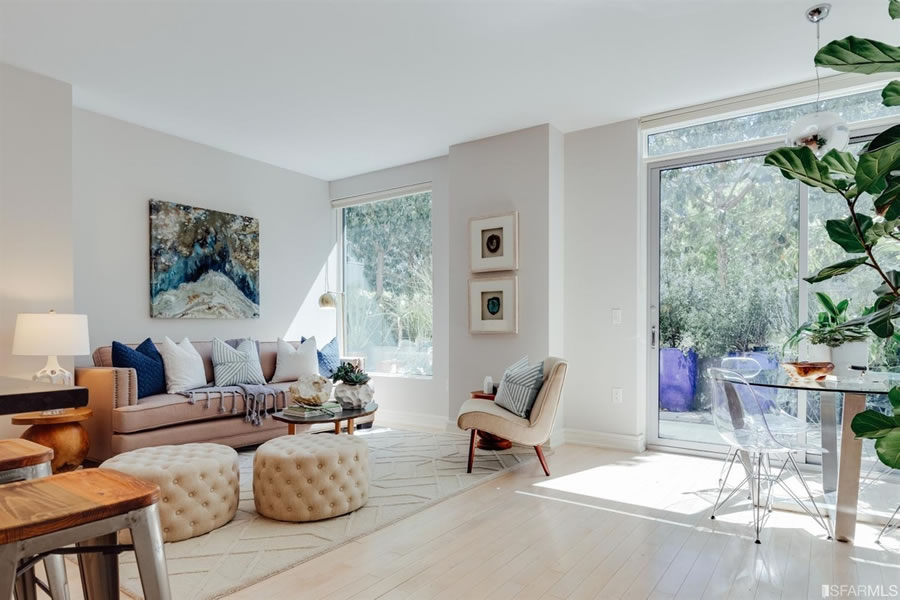 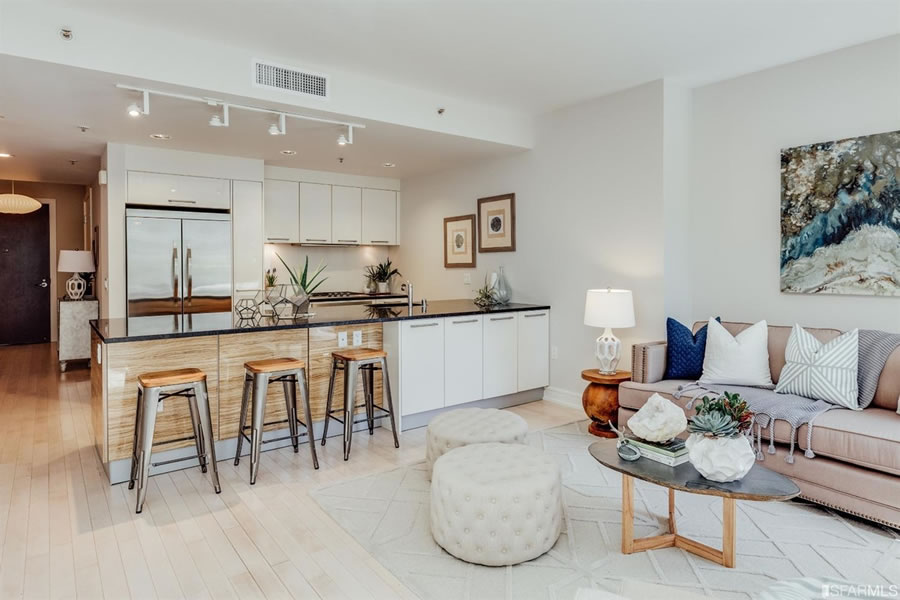 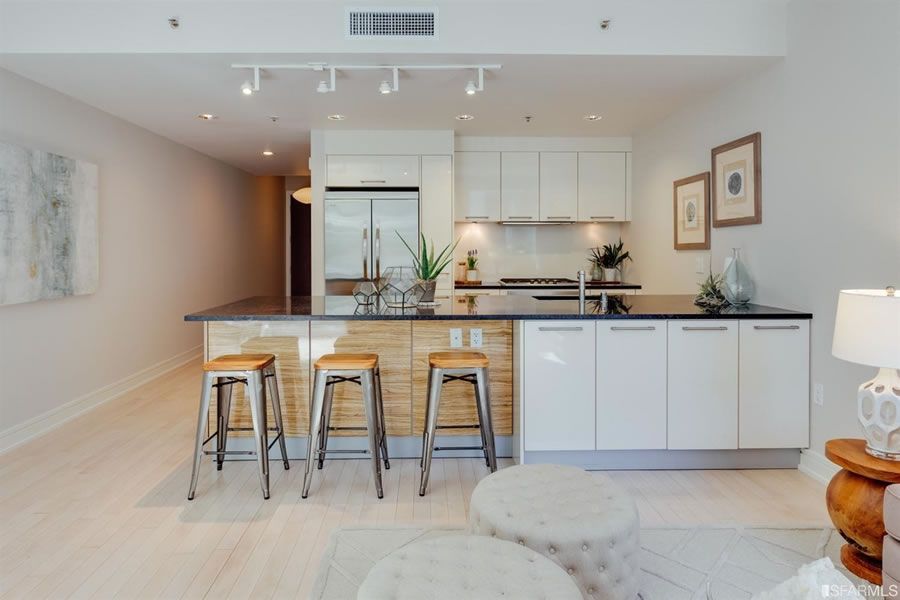 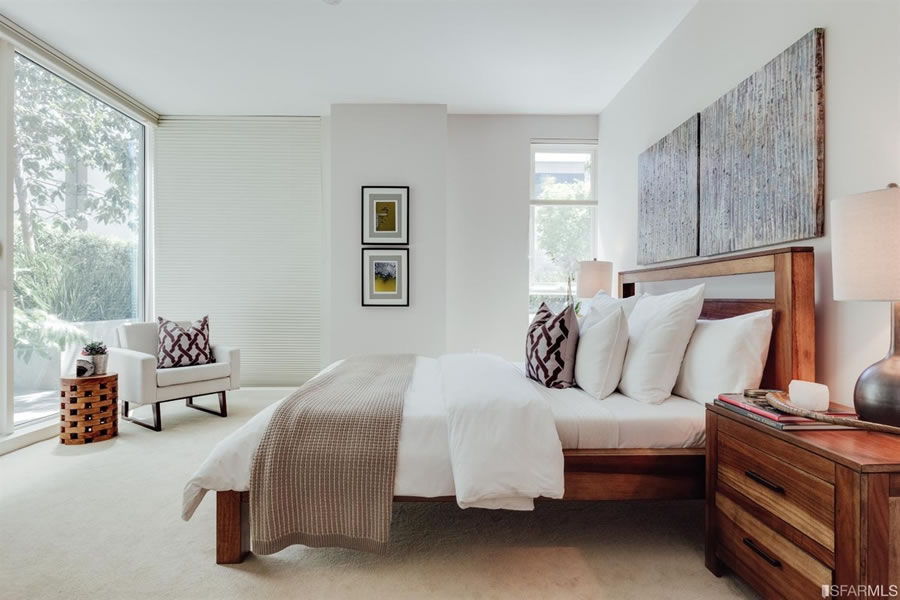 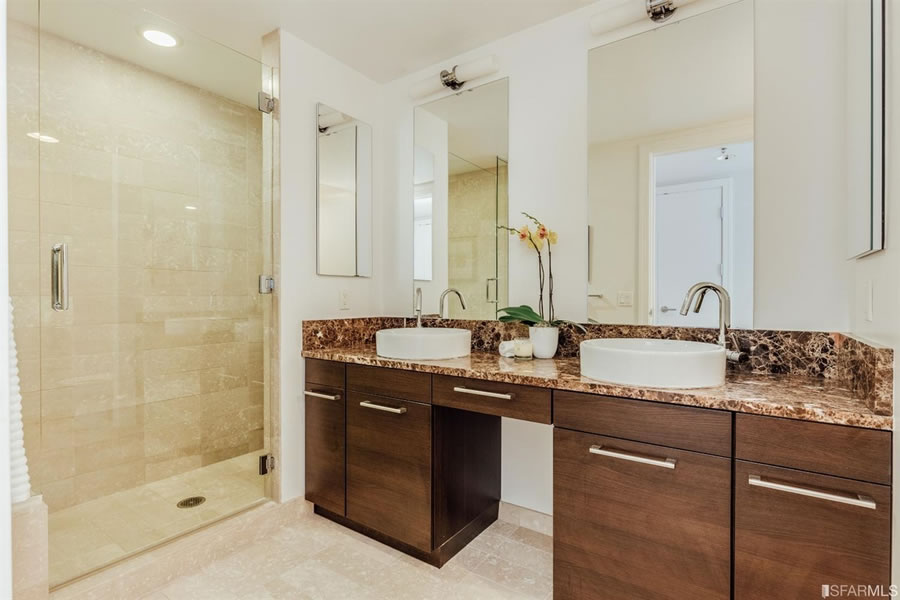 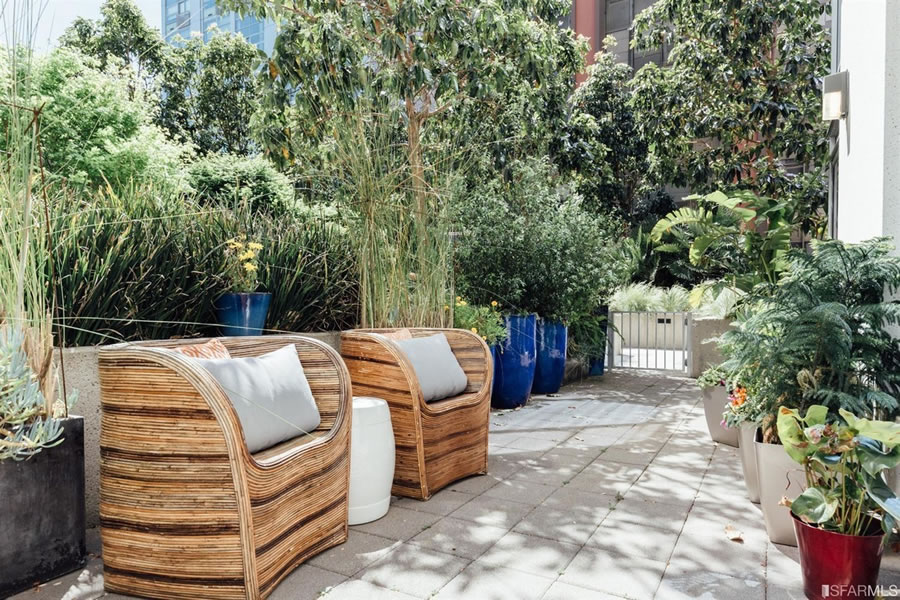 Reduced to $1.375 million in September, the sale of 631 Folsom Street #2F has now closed escrow with a contract price of $1.295 million, which represents total appreciation of 8 percent over the past three and a third years – or roughly 2 percent per year – for the 1,190-square-foot unit on an apples-to-apples basis.

And with a list price which was reduced to $1.295 million last month, the sale officially closed at “100 percent of asking” according to all industry statistics and reports.