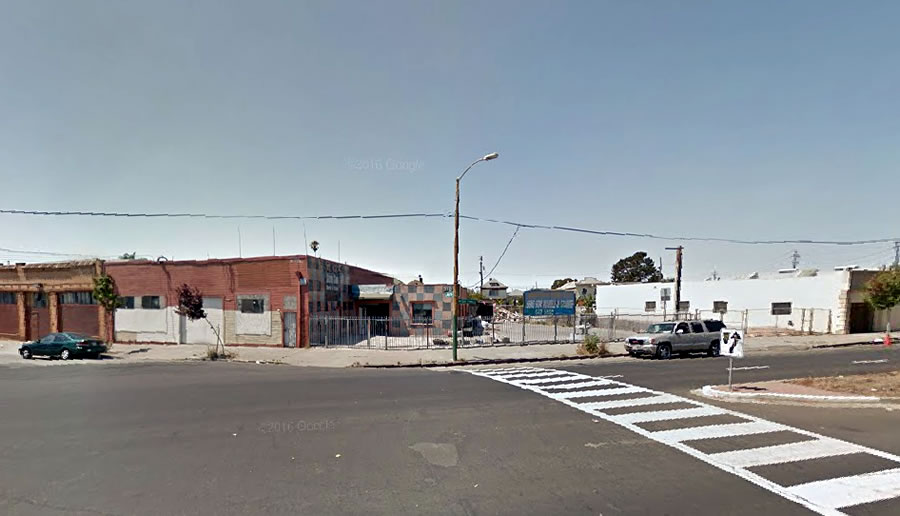 Having secured the West Oakland site for a new full-service food market and social hall back in March, People’s Community Market has now filed their formal application to raze the existing 5,300 square foot building at 3103 Myrtle Street and construct a new 14,174-square-foot grocery fronting San Pablo Avenue, with approximately 2,700 square feet of space for instruction and community use as well.

The proposed market is slated to lease the adjacent parking lot from the adjacent St. Matthew Missionary Baptist Church at 3129 San Pablo Avenue, which has been a West Oakland fixture since the 1950s and has no intentions of moving. 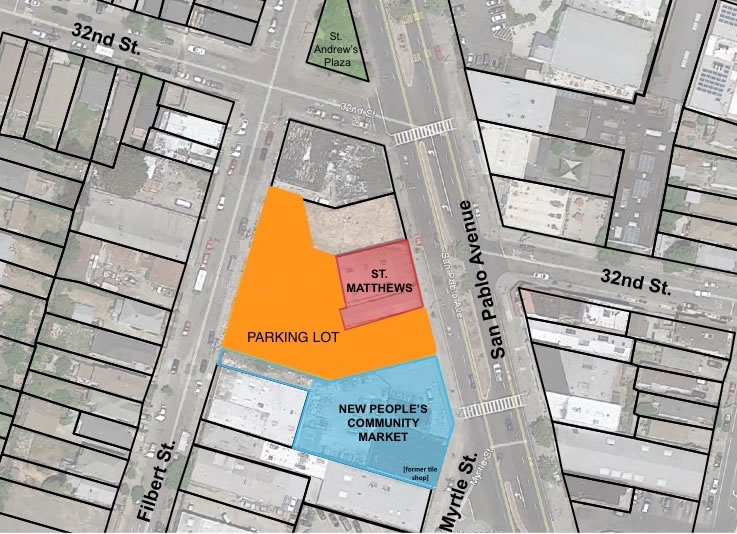 But in terms of timing, while originally aiming to break ground in 2016 and open in the Fall of 2017, there’s no chance they’ll break ground by the end of the year, which means that an opening in early 2018 is looking more likely.