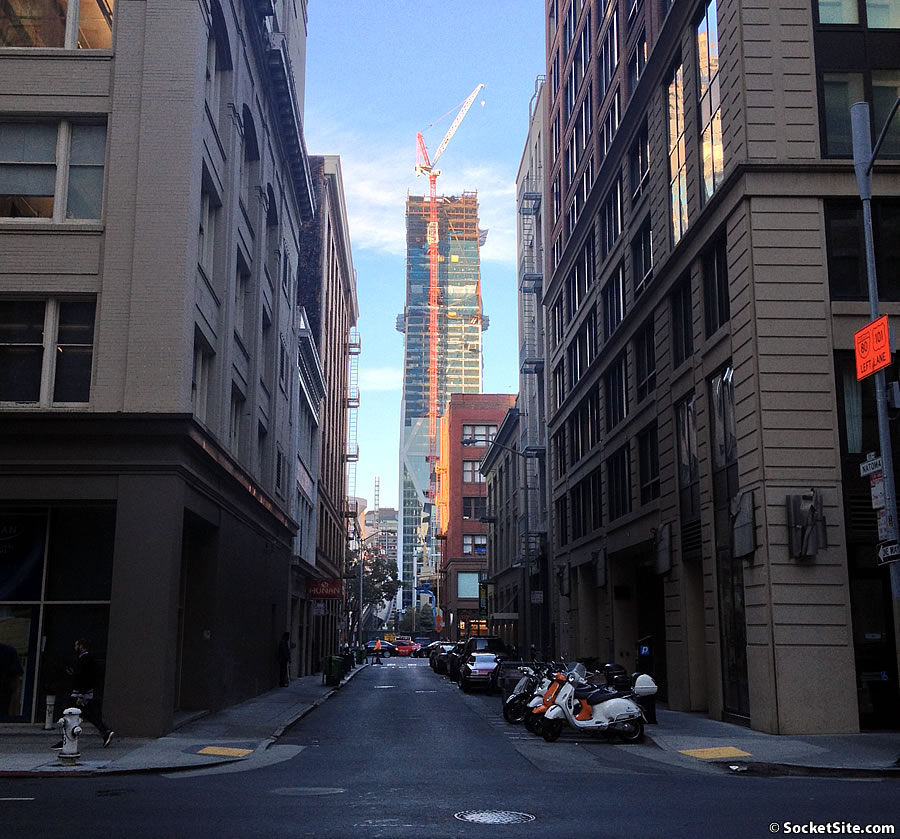 With a couple of new sales offices having opened in September, the number of contracts signed for new condominiums in San Francisco jumped to 110 in October, which is 7 percent higher versus the same time last year, versus 44 percent lower on a year-over-year basis in September, and the inventory of available units dropped from 1,200 to 1,090 but remains 85 percent higher, year-over-year, according to data from The Mark Company.

At the same time, the Mark Company’s pricing index for new construction condos in the city slipped another 1.3 percent in October, is running 8.3 percent lower versus the same time last year, and has dropped 12.2 percent from an August 2015 peak, continuing the downward trend we first noticed emerging over a year ago.

And according to our calculations, despite the increase in available inventory and lower prices, the overall pace of contract signings for new construction condos in San Francisco remains 29 percent lower in 2016 versus the first ten months of 2015.