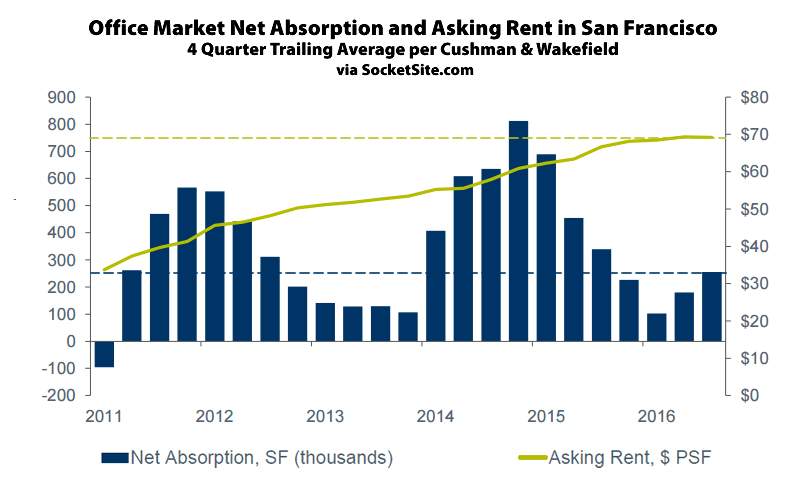 As we first reported at the beginning of the year, demand for office space in San Francisco was dropping. A few months later, we noted that the office vacancy rate was on the rise. And last quarter, the vacancy rate ticked up to 7.7 percent, the highest vacancy rate since the third quarter of 2014, and the overall asking office rental costs dropped for the first time since the second quarter of 2010, albeit by a nominal $0.10 per square foot, according to data from Cushman & Wakefield.