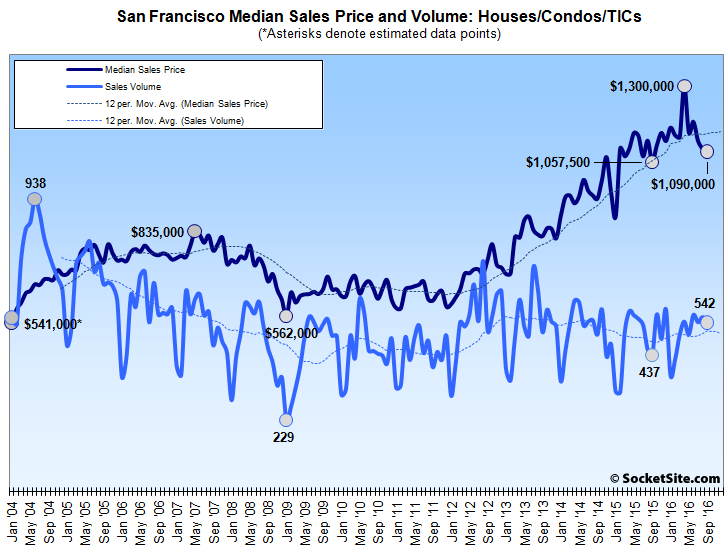 The number of single-family home and condos that traded hands in the Bay Area slipped 3.3 percent from a revised 8,245 in August to 7,974 in September. But the slide was a third of the typical seasonal decline and the sales volume was 1.4 percent higher than at the same time last year, according to transaction data from CoreLogic.

In San Francisco, the number of deeds that traded hands in September (542) was 3 percent lower versus the month before but a fourth the typical seasonal decline and 24 percent higher versus the same time last year (437).

That being said, and as we noted last month, the recorded sales volume in San Francisco is being goosed by contracts for condos in new developments that were signed (“sold”) many months prior but are now closing escrow in bulk as the buildings come online while signatures on new contracts are down over 30 percent this year despite an increase in inventory.

The median price paid for a Bay Area home overall was $654,000 in September, down 1.7 percent from August but remains 3.8 percent higher versus the same time last year.