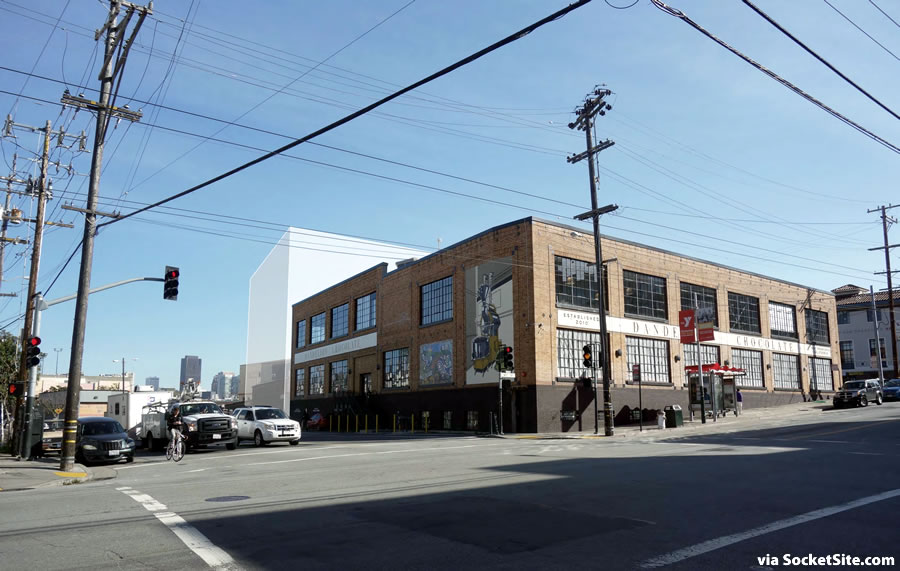 Dandelion Chocolates is planning to build a new four-story building behind their Mission District factory at 298 Alabama Street. And the proposed plans include a new rooftop pool, but not in a Willy Wonka kind of way. 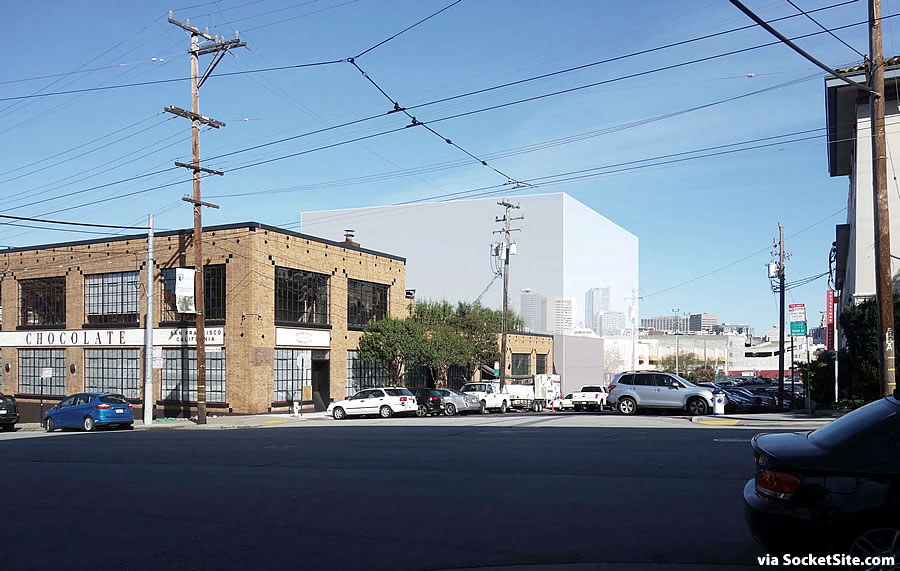 In addition to 14,000 square feet of new Production, Distribution and Repair (PDR) space which would be internally connected to the existing building at 298 Alabama for Dandelion’s use, the proposed development includes 13,000 square feet of office space (the tenant for which has yet to be identified) and a 15,000 square foot gym to be operated by Purplepatch Fitness as a health, performance, and education center for triathletes, and for whom the rooftop pool would be maintained.

Dandelion Chocolates acquired the warehouse building and parcel back in 2014, as we first reported at the time. And Mark Horton Architecture has been engaged to draft the proposed development’s design. We’ll continue to keep you posted and plugged-in.