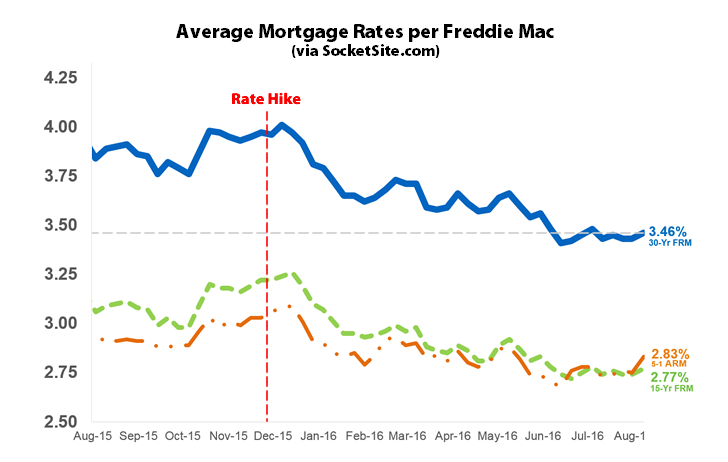 The average rate for a 30-year mortgage inched up 3 basis points to 3.46 percent over the past week following Fed Chair Janet Yellen’s monetary policy speech which suggested the Fed will move to institute a second Federal Funds rate hike sooner rather than later.

The probability of the Fed enacting a hike by the end of the year, a probability which had dropped to below 35 percent at the beginning of August, is currently holding at 54 percent, according to an analysis of the futures market.

At this time last year, the average rate for a 30-year mortgage was 43 basis points higher (3.89 percent), according to Freddie Mac’s Primary Mortgage Market Survey.

An Inventory of Development along Oakland's Burgeoning Auto Row