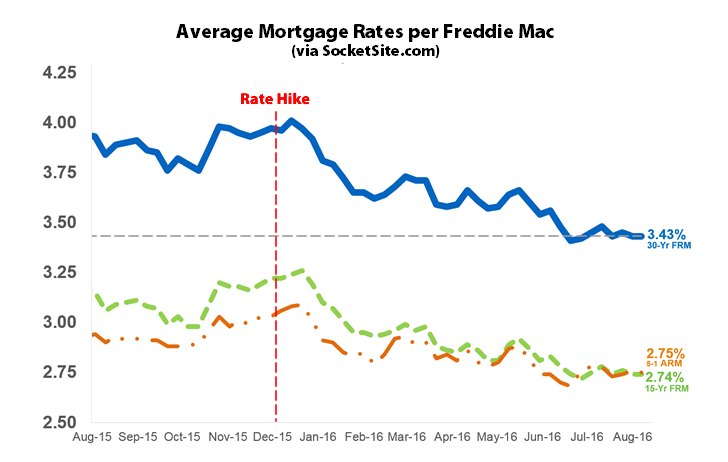 The average rate for a 30-year mortgage (3.43 percent) hasn’t moved much over the past month. But with traders poised to dissect tomorrow’s scheduled “Monetary Policy Toolkit” speech by Federal Chair Janet Yellen, looking for hints of whether – or rather when – the Fed will hike the Federal Funds rate, expect some movement over the next couple days.

And while the probability of the Fed enacting a hike by the end of the year had dropped below 35 percent at the beginning of August, according to the futures market, the current probability is 54 percent and trending up.

Ciao Giannini's (and 35 New Condos in Dogpatch as Proposed)