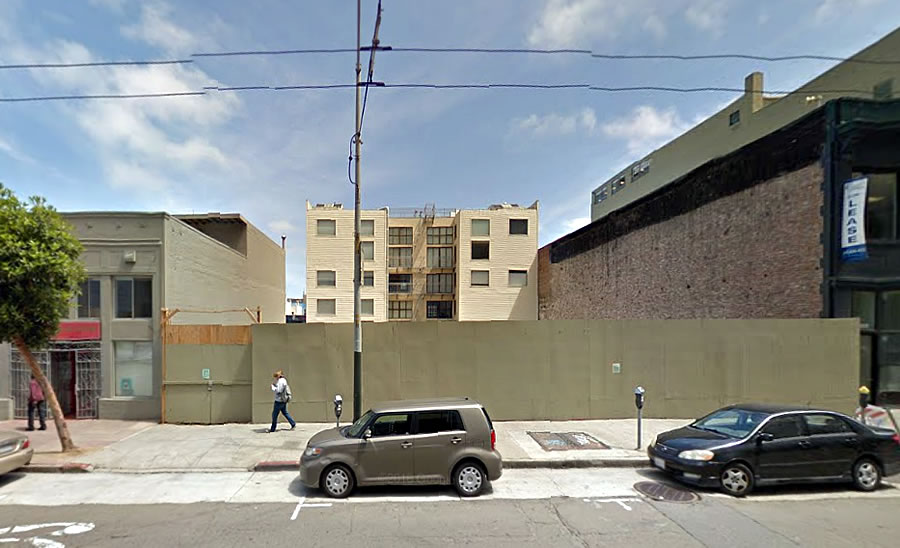 A pit in the ground since 2006, when a two-story brick building on the eastern third of the 1145 Mission Street site was illegally demolished and approved plans to expand and convert the former building into live/work lofts and build new condos on the western two-thirds of the site were abandoned, plans for a new six-story building to rise across the parcel are back in play.

As proposed and recently granted an exemption from having to complete a lengthy environmental review, the latest set of plans for the Western SoMa development include 25 condos, 4,125 square feet of ground floor retail space and a basement garage for 12 cars, as first drafted by Levy Design Partners back in 2009: 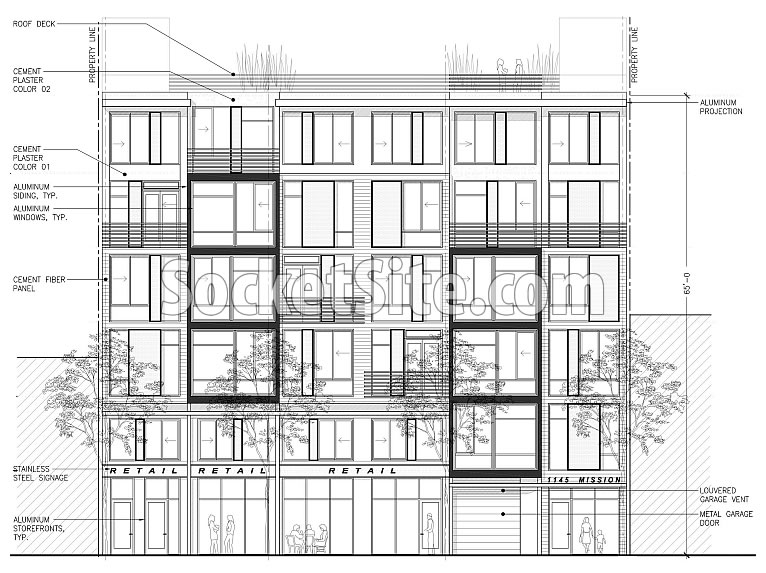 And if approved by Planning, the Landmark Lofts development would likely take less than two years to complete, thanks to the aforementioned unpermitted demolition a decade ago.

Plans for 218 Apartments and Retail on Oakland's Auto Row Progress