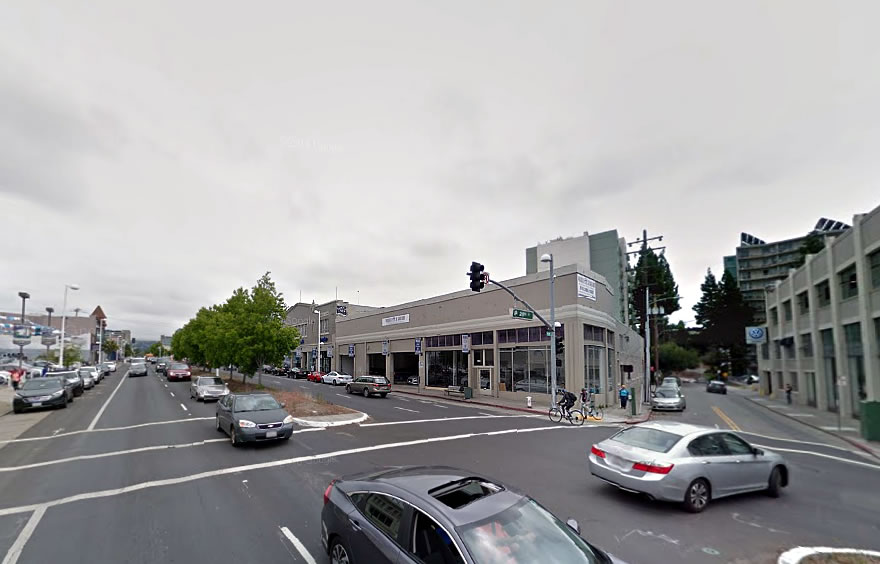 The formal application to build two seven story buildings on either side of Broadway at 28th Street, along Oakland’s Auto Row, has been filed. And as proposed, the “Broadstone on Broadway” project would yield a total of 218 new apartments, 263 parking spaces, and 18,000 square feet of new ground floor retail space fronting Broadway and Webster. 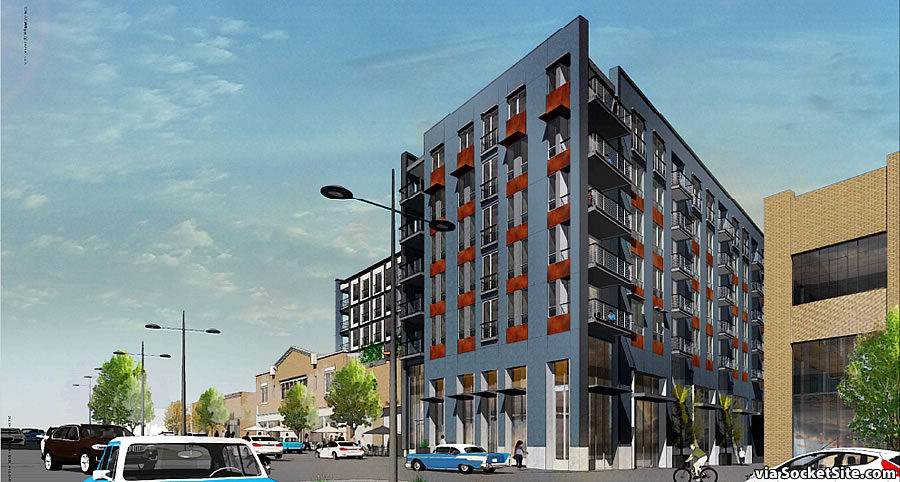 While the proposed development would level the newer portion of the Premier Hyundai of Oakland dealership at 2800 Broadway, the historic auto showroom building at 2820 Broadway would be incorporated into the project.

Across the street, the development’s West Building, with 64 of the project’s apartments and 9,400 square feet of its retail space, would rise upon the Hyundai dealership’s parking lot at 2855 Broadway. 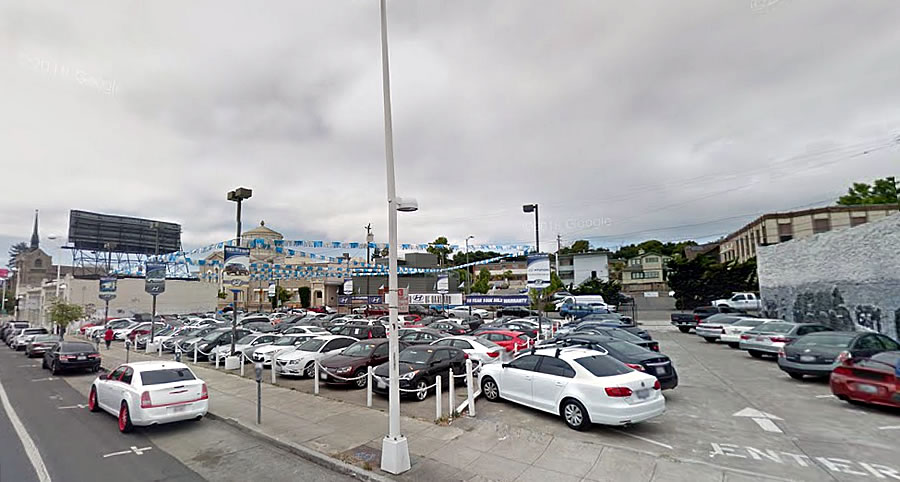 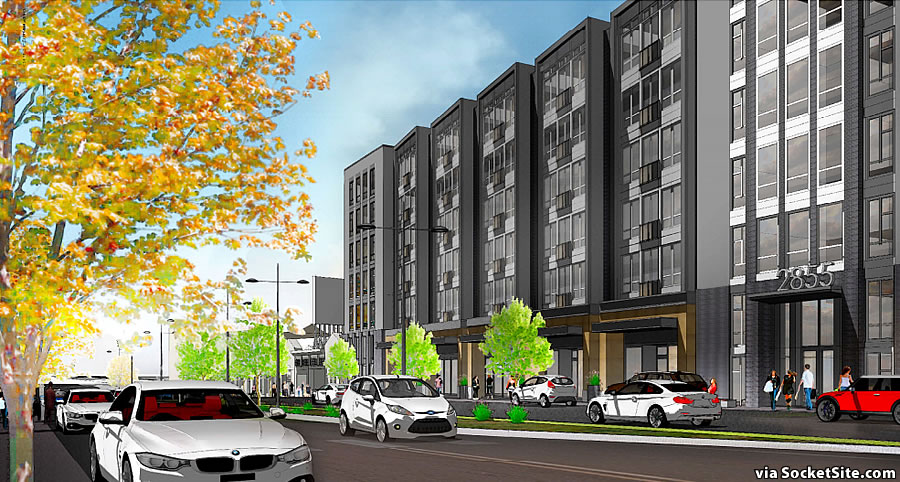 And if approved, the ground for the first phase of the Broadway Valdez District Area Plan project, which includes the majority of the development (171 units) on the 2820 and 2855 Broadway parcels, could break ground as soon as January 2017 and be ready for occupancy by January 2019. 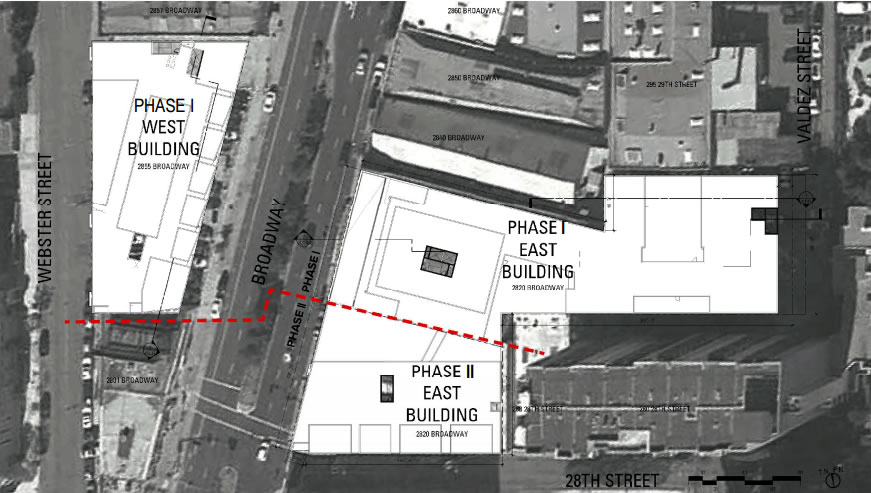 The second phase of the project, the redevelopment of the corner 2800 Broadway parcel, which will require some hazardous waste remediation, is currently anticipated to commence construction in January 2018 and be completed by January 2020.