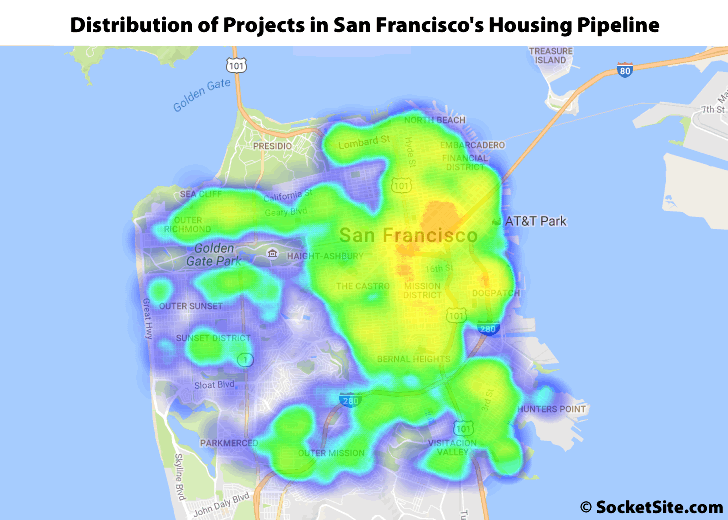 And with proposals for another 17,800 units of housing currently under review by the City’s Planning Department, San Francisco’s Housing Pipeline totals 63,300 (including 6,800 below market rate units), down from a record 63,400 in the first quarter of the year but up from 54,600 at the same time last year, according to our accounting of Planning’s data.