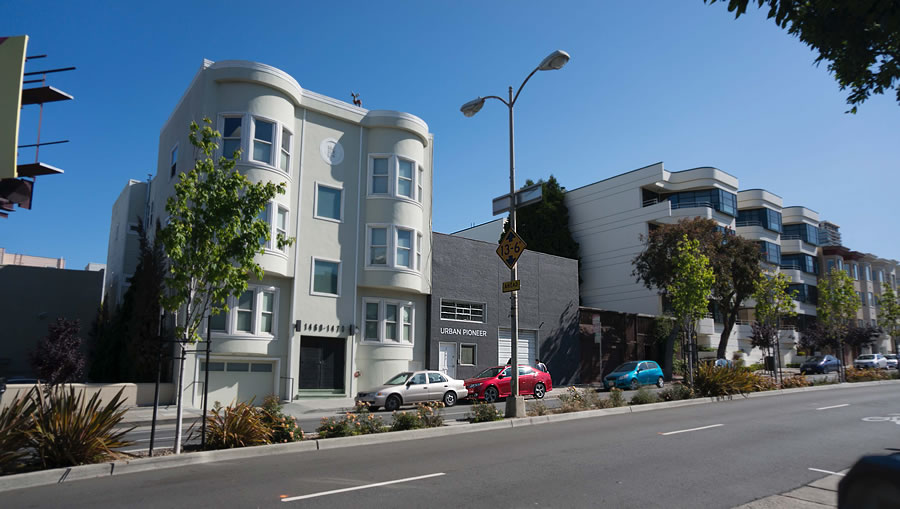 Plans to expand and add four stories to the existing two-story ‘Urban Pioneer’ building at 1452 Broadway are slated to be approved by San Francisco’s Planning Commission next week.

And as proposed, the building would be converted from commercial to residential use and become seven new condos, a mix of six two-bedrooms and a one-bedroom, over a garage for seven cars. 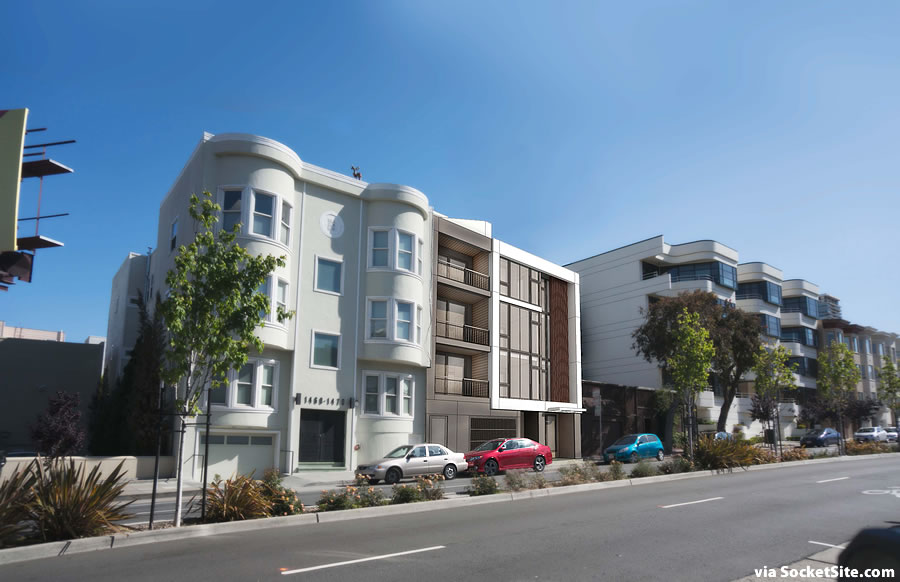 While the Dolmen Property Group had originally drafted plans for an eight-unit building to rise on the site, it would have cast new shadow on the Helen Wills Park playground across the street, which is prohibited by the City’s Sunlight Ordinance.

As such, the proposed project was redesigned by Y.A.Studio, incorporating a deep setback of the fifth and sixth floors to eliminate the potential shadowing. 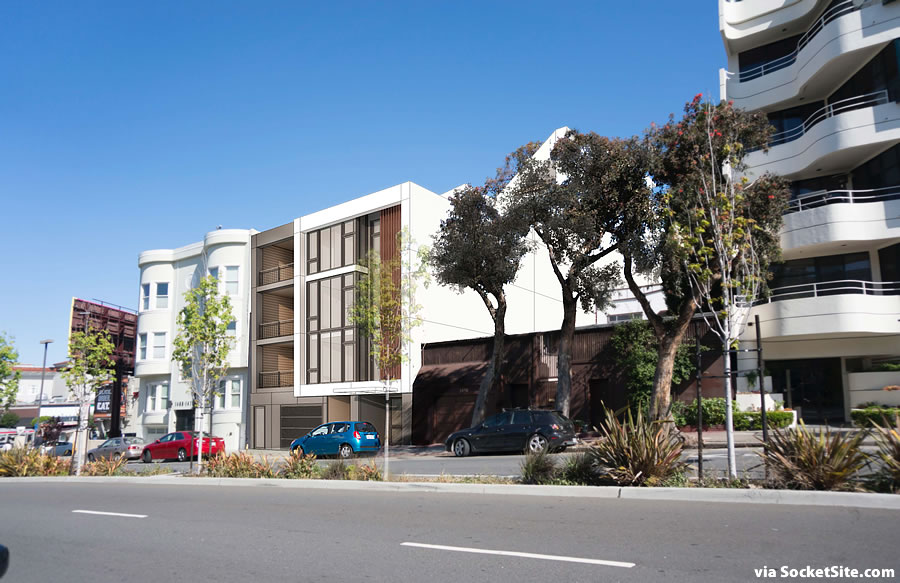 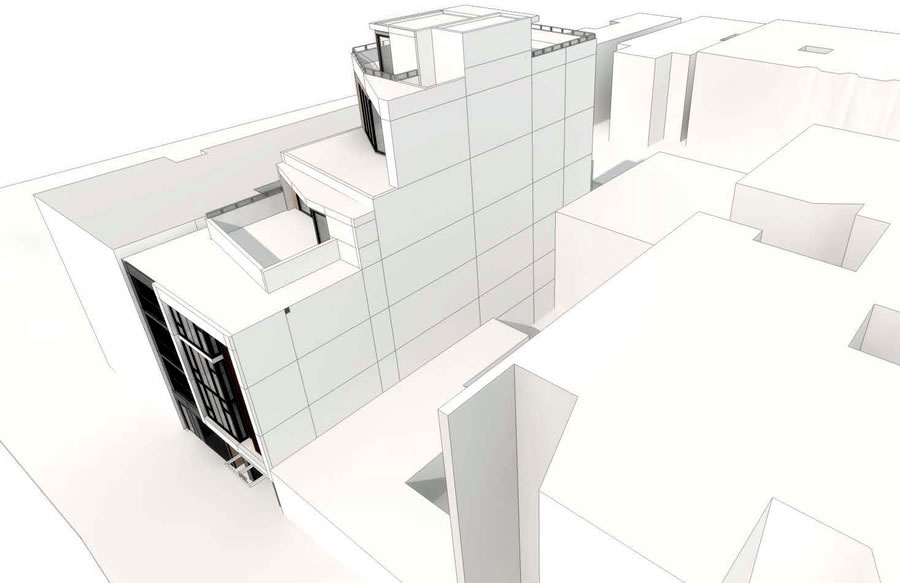 And while not rendered above in order to present the full façade for review, the up-fill project – which has the support of Planning and the permits for which have already been requested – would include the planting of two new street trees in front of the property as well.