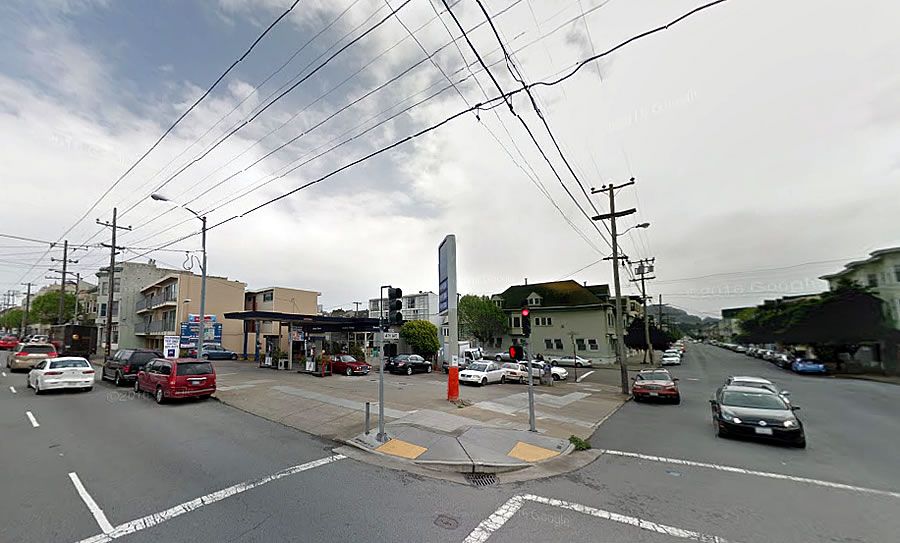 Plans to raze the Inner Richmond service station at 4135 California Street, across from the modern condos which were constructed at 300-350 Cornwall, have been submitted to San Francisco’s Planning Department for review.

As proposed, a four-story building will rise up to 40 feet in height across the California Auto Service Center site, with seven three-bedroom condos and a ground-floor garage for seven cars (the entrance to which would be by way of Cornwall Street as well).

And in order to maximize the buildable area of the lot, a variance from having to include a rear yard, as required by San Francisco’s Planning Code, is being sought and resulted in the following response from Planning: “Exceptions from the Code will require exceptional design, detailing and material choices.”

Keep in mind that a key tenet of “as of right” development requires code compliant projects to be built, and the majority of new developments in San Francisco seek a variance or two.