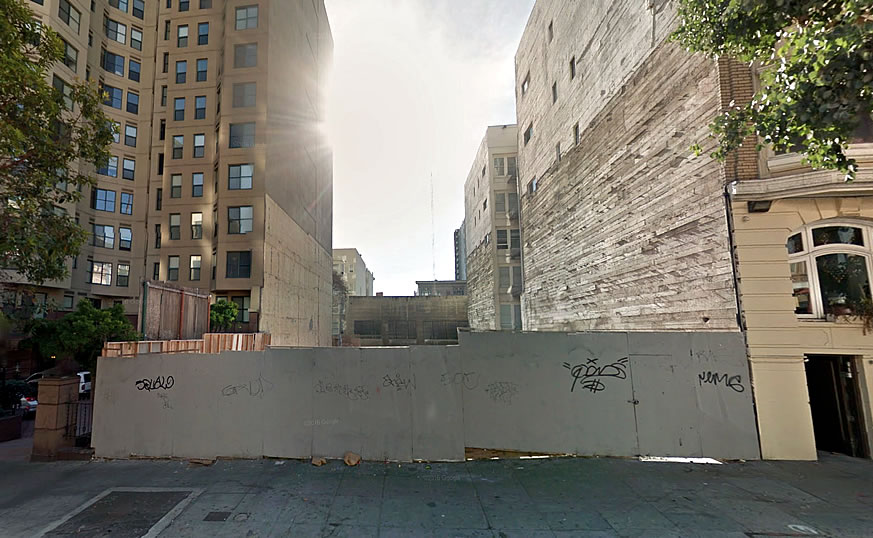 Approved for a 13-story building with 41 condos to rise up to 130 feet in height on the central Tenderloin site back in 2004, the subsequently condemned three-story office building which had sat at 651 Geary Street since 1912 was finally demolished in 2013, at which point the required approvals for the parcel’s redevelopment had expired.

The plans for the site were resurrected two years ago and have since been refined to include 52 condos over 700 square feet of retail space and the entrance to the building’s 26-car garage fronting Geary. 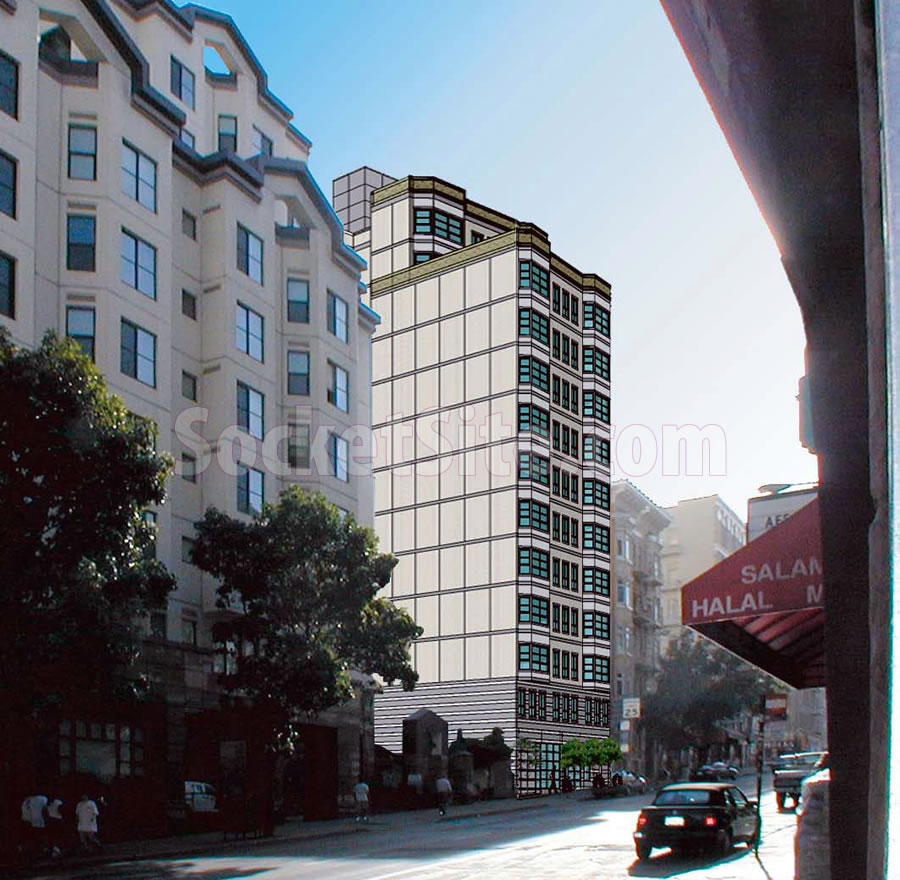 On Thursday, July 7, the 651 Geary Street project is slated to be re-approved by San Francisco’s Planning Commission.

And if approved, Success Development, which acquired the site in 2010, will have three years to get started on the project, the building permits for which have yet to be requested, or risk losing the entitlements anew.