Approved for the development of affordable senior housing over a decade ago, neither the financing nor permits for a five-story building to rise on the Tenderloin parking lot at 430 Eddy Street were secured and the entitlements to build were cancelled and lost.

Two years ago the un-entitled parcel sold for $1.6 million.

Two months ago the City approved plans for an eight-story, market-rate building with 23 sub 500 square-foot residential units to rise on the site, along with a 970-square-foot retail space and a ground-floor room for the storage of 24 bikes. 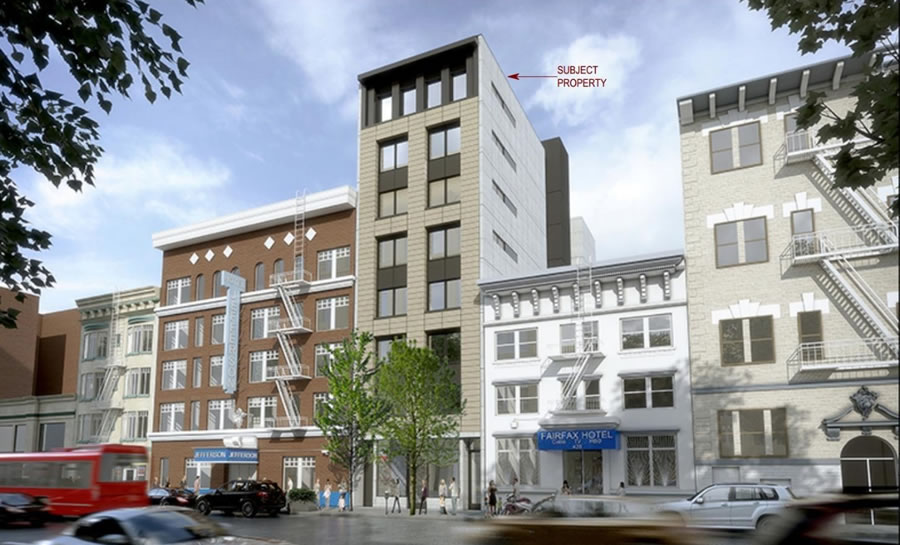 And yesterday, the “Fully Entitled!” 430 Eddy Street site returned to the market listed for $5 million or roughly $220K per entitled unit in the Tenderloin, which is around the price per unit that developers have been paying for luxury sites around the city.