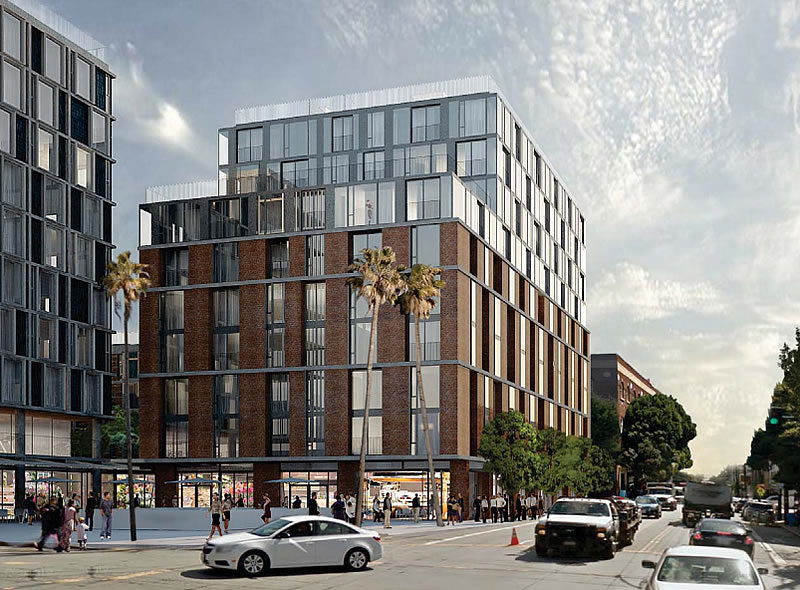 A settlement has been reached in the the legal battle between the family that still holds title to the 1979 Mission Street site and the development team behind the proposed 331-unit project to rise up to ten stories on the northeast corner of Mission and 16th Streets, the so-called “Monster in the Mission” development.

As we first reported last month, while the two parties had been engaged in “serious settlement discussions,” said discussions had recently broken down and the trial date loomed.

But a conditional Notice of Settlement has been filed with the court. And while the exact terms of the settlement haven’t been disclosed, based on our review of a draft agreement, the sale of the property should close by the end of the month and at the original contract price.

Maximus Real Estate Partners had agreed to buy the site for $41.88 million in 2013, but accused the Jang family, which owns the property, of working behind the scenes, “through a series of bad faith, fraudulent and oppressive business maneuvers,” to actively delay the approval process for the proposed development in order to sell the site to an unnamed “national development company based on the East Coast” for $55 million instead.

And in terms of the controversial project’s approval, Planning’s public hearing to review the Draft Environmental Impact Report for the project is scheduled for this Thursday (June 9), which ought to be a lively affair.

Plans for a 381-Unit Western SoMa Building as Proposed