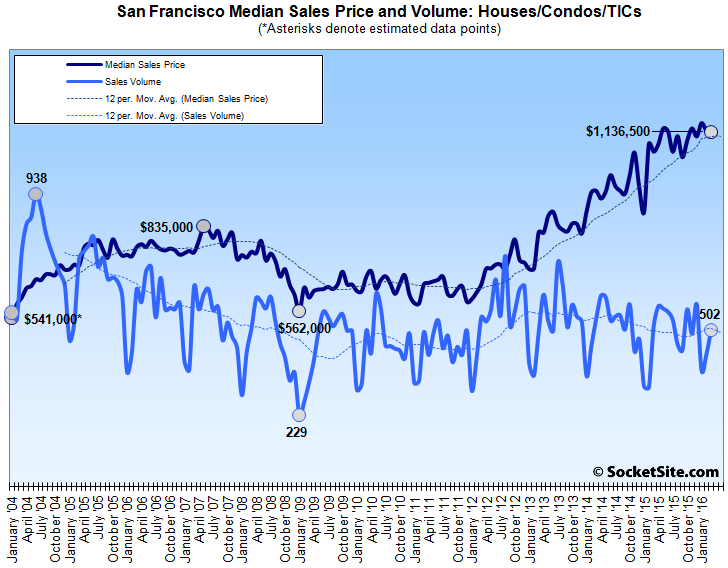 While the recorded sales volume of single-family homes and condos in San Francisco ticked up from 423 in February to 502 in March, the 18.7 percent gain was less than half the typical 40.9 percent seasonal increase for this time of the year and the sales volume slipped 2.1 percent on a year-over-year basis.

Across the entire Bay Area, recorded home sales jumped 39.2 percent from February to March with typical seasonality in play. But the sales volume was down 2.9 percent versus the same time last year and the median sale price was $643,200, up 5.5 percent from February but only 1.4 percent higher versus the same time last year, the smallest year-over-year gain in four years according to data compiled by Corelogic.

Governor Brown's Oakland Hills Home Back on the Market for $2.6M