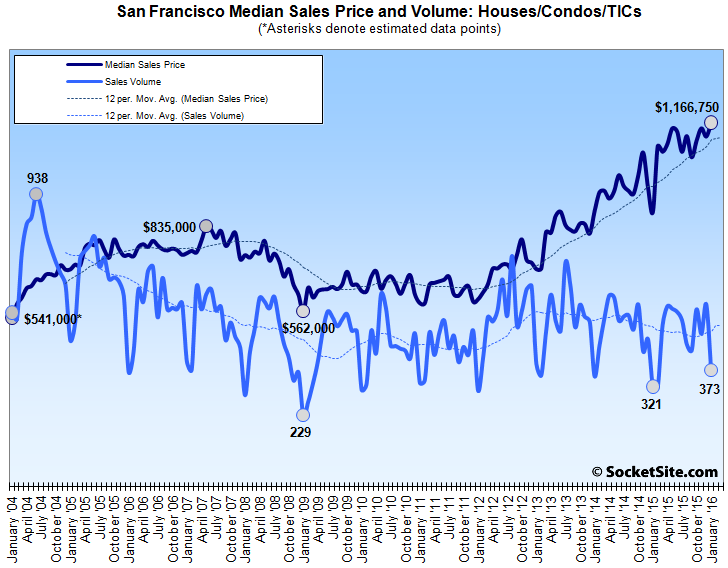 The recorded sales volume of single-family homes and condos in San Francisco fell 36.1 percent from 584 in December to 373 last month, which is right in-line with a typical seasonal drop, but the volume was 16.7 percent higher versus the same time last year.

And the median sale price for the San Francisco homes that changed hands in January was a record $1.167 million, 1.5 percent above the previous record of $1.15 million set in November and 32.3 percent higher versus January 2015, according to data compiled by Corelogic.

Variances for High-End Hayes Valley Development on Tap This Week