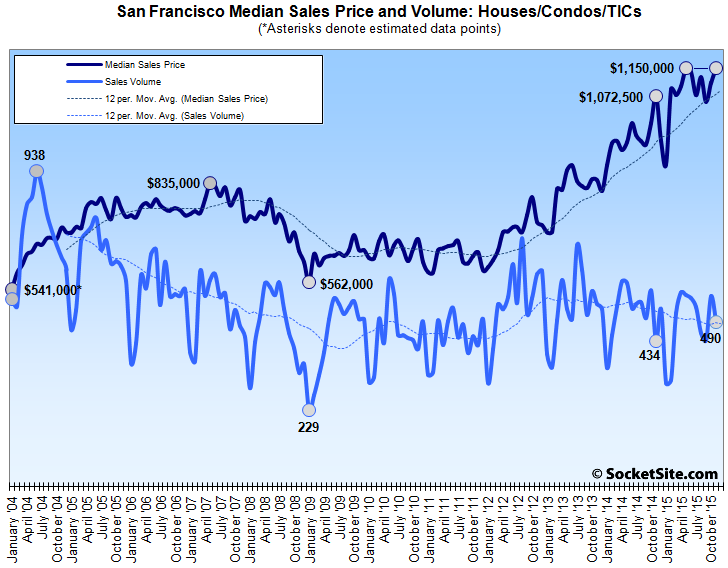 Buoyed by closings of contracts for new construction condominiums which are now ready for occupancy, recorded sales of condos and single-family homes in San Francisco were 13 percent higher in November as compared to the same time last year but dropped 14 percent from October, which is twice the typical seasonal decline for this time of the year.

Listed sales in San Francisco, which do not include the vast majority of new construction sales, dropped 19 percent from October to November and were down 7 percent versus the same time last year, as we reported earlier this month.

The median sale price for all the San Francisco houses and condos that changed hands this past November was $1.15 million, up 3.6 percent from $1.11 million in September to match the record $1.15 million mark set in May and 7.2 percent higher versus the same time last year, according to data compiled by Corelogic.